Venezuela – "The limiting of access to water is what could transform this situation into a health-related catastrophe". Message of Bishops: "I am thirsty" 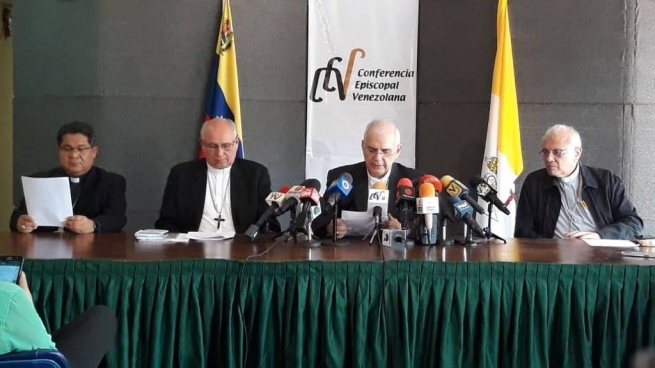 (ANS - Caracas) - The humanitarian crisis in Venezuela is becoming increasingly critical. A news item, reported by CNN, describes the humanitarian catastrophe produced by a government that perpetuates itself without meaning: "The woman of my life died because there was no assistance in the hospital, because they had no medicine." The Presidency of the Venezuelan Episcopal Conference has launched a new message entitled: "I am thirsty", articulated in three points: "Reaffirming the dignity of the human person and their inalienable rights; crimes against humanity; the necessary conversion."

This message from the Presidency of the Venezuelan Episcopal Council (CEV), to which the Salesian Mgr. Raúl Biord, bishop of La Guaira, belongs, reiterates what was said a few weeks ago:

"More than the lack of electricity, it is the limitation of access to water which could turn this situation into a health catastrophe in the near future," said Susana Raffalli, a consultant with the Caritas Foundation.

The concern of the Church at this time is fundamentally that of "reaffirming the dignity and centrality of the human person." They also denounce and deplore the crimes against humanity that have taken place in the country "under the complacent gaze of the authorities" and of the National Armed Forces, who ignore the teachings of the Constitution.

Among the crimes, the bishops cite "the forced deportation of Colombians and Venezuelans, without following the procedures of the law", "incarceration or other serious deprivations of physical freedom", "torture against political prisoners", "deprivation of access to food and medicine", and "the people vanishing by force."

In their message  the bishops also expressed their "deep concern" for the "recurring blackouts at the national level which, among other things, further aggravate the crisis of the administration and conservation of food and medicines."

The CEV affirms to be united to the "clamor of the people" and before "the existing ungovernability that has its root in the illegitimacy of the regime. It is necessary to recognize the legal and moral legitimacy of the National Assembly to undertake paths of understanding and solutions."