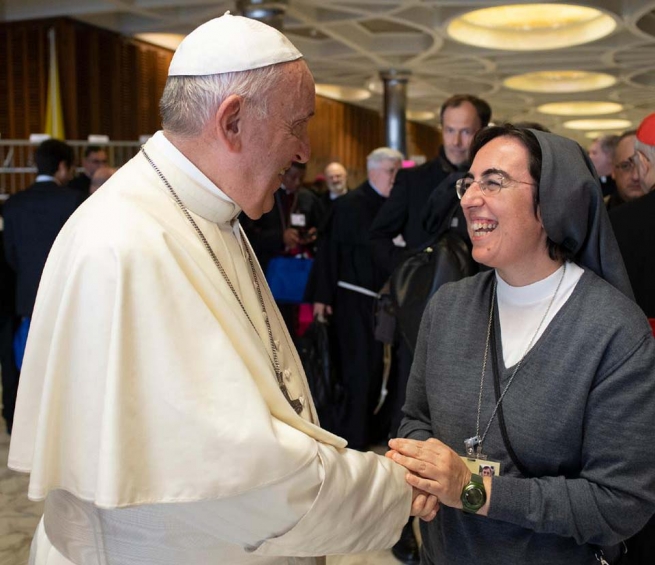 (ANS - Vatican City) - The Holy Father has appointed Sr. Alessandra Smerilli, Councilor of the Vatican City State, of the Daughter of Mary Help of Christians (FMA), as Professor of Political Economy at the Pontifical Faculty of Educational Sciences Auxilium. It was yesterday's press release of the Holy See, Wednesday 17 April, to make public a decision of Pope Francis dated 5 March.

"Her mandate, which is carried out collegially together with other councilors, reunited in the Pontifical Commission for the State of the Vatican City, is five years," explains a note from Auxilium, where Sister Smerilli teaches. "The State Councilor provides assistance in the elaboration of the Vatican Laws and in other matters of particular importance."

In addition to teaching in the "Auxilium" Faculty, she holds teaching positions in other university institutions, is a member of the Scientific and Organizing Committee of the Catholic Social Weeks, promoted by the Italian Episcopal Conference, and is one of the experts of the National Council of the Third Sector, a body established at the Ministry of Labor and Social Policies.

Last October, Sister Smerilli participated, as an auditor, in the Synod of Bishops on "Young people, faith and vocational discernment" - that same Synod in which the voice of the young required, among other things, greater consideration of women in positions of responsibility within the Church.

Now for Sister Smerilli there is this call on the part of the Pope, to take on a task of responsibility in which she will bring her experience on the subject of economics.