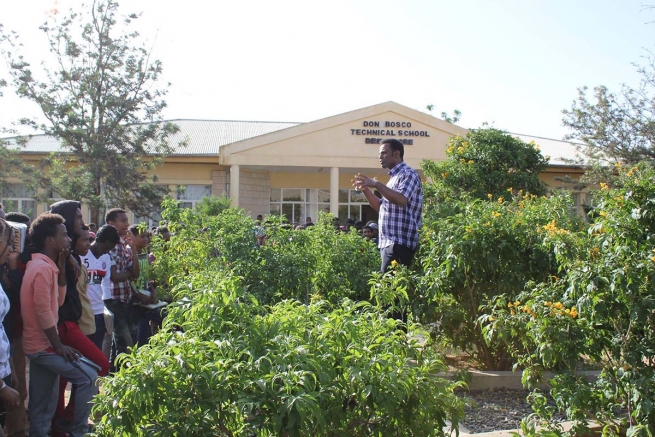 (ANS - Asmara) - The Salesians have been present in Eritrea since 1995, settling first in Dekemhare, a town 2060 meters above sea level, about 40 km south-east of the capital Asmara. In 1996 the Eritrean government donated land to the Spiritual Sons of Don Bosco, which, even in a desert territory, saw the birth of new plants, new buildings and new activities being added every year, all focused on a single goal: the reception of the poorest of youth and their education.

Thus the technical school "Don Bosco Center" was established in Dekemhare which today forms about 400 pupils - for free - every year, to which, thanks also to the support of the government, food is also offered. It also provides recreational activities for children and school recovery courses.

Furthermore, to improve the quality of teaching, since 2001, the Salesians - together with the NGO "International Voluntary Service for Development" (VIS) - organize refresher courses for teachers, both those of the Don Bosco Center and those of all the country's others technical schools.

In 2017, the Salesians and the VIS then launched what is about to become the second Salesian technical school in Eritrea, currently simply called the "Skill Development Center", which is in Barent, towards Sudan, in an isolated area in need of development.

As is typical of the Salesian tradition, these educational proposals are primarily addressed to the neediest of young people, those who have abandoned their studies and who would, otherwise, risk remaining on the margins of social life.

Beyond the commitment to education, Salesians and VIS are also dedicated to fostering the development and autonomy of the local communities by promoting the construction of water wells, a fundamental condition in a land often subject to drought and famine. In this sense, the young people of the technical school are also trained to maintain and repair wells.

In this phase of détente between Ethiopia and Eritrea, with the reopening of the borders after a latent war lasting many years, the Eritrean population looks with optimism to the future: in Eritrea new goods and merchandise have arrived, there has been a general lowering of prices, and finally Eritreans and Ethiopians have been able to re-embrace.