Sri Lanka – The Massacre that unfolded on Easter Sunday 2019 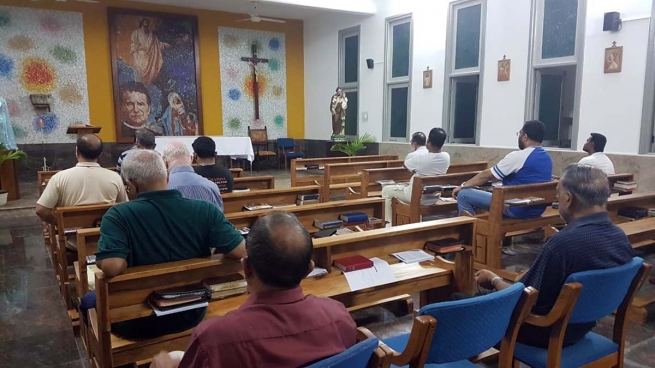 (ANS – Dungalpitiya) – Following the tragic attacks in Sri Lanka on Easter Day, the Salesian Provincial in the country issued a statement today, April 24, which we publish below.

I am deeply saddened to write these few lines about the horrific events that unfolded on the morning of Easter Sunday, 21 April 2019 in Sri Lanka. Although you may be already aware of the tragedy of epic proportions, I would like to share with you some information in this regard.

The powerful blasts - six at 8:45 am on Easter morning and then two more hours later - left the island nation grieving. The blasts targeted St Anthony's Church in Colombo, St Sebastian's Church in the western coastal town of Negombo and another church in the eastern town of Batticaloa around 8.45 am (local time) as the Easter Sunday prayers were in progress. Three explosions were reported from the five-star hotels - the Shangri-La, the Cinnamon Grand and the Kingsbury. As per the United Nations report, at least 45 children were among the more than 359 people killed in suicide bomb attacks in Sri Lanka. Three police officers were killed in a blast during a raid. At least 38 of the dead were foreigners, including American, Australian, Bangaladeshi, British, Chinese, Danish, Dutch, Indian, Japanese, Portuguese, Saudi Arabian and Turkish citizens.

The president's office on Monday (4/22) declared that emergency law would come into effect from midnight, giving police extensive powers to detain and interrogate suspects without court orders. The attacks brought a shattering end to a calm that had existed in this Indian Ocean Island since the bitter civil war ended 10 years ago.

The bombers targeted crowds that contained a large number of the elderly, women and children. The official counts only account for those who are dead or injured. It doesn't take into account those who are missing or those who may have been ripped apart by the blasts so badly that there are no identifiable body parts left.

The authorities in Sri Lanka said a small radical Islamist group, the National Thowheeth Jama'ath (NTJ), carried out the attacks, with help from international militant group ISIS. After the bombings, Sri Lankan security services have arrested at least 59 suspects. The Government has commenced relief efforts along with civil society organizations.

There are no Salesians or any Salesian house that has been directly affected in the carnage. However, we are still to assess if some of our parishioners and past pupils have been among the victims, either killed or those injured.

I would like to thank you for your prayers and your concern. Due to the prevailing tense situation and the restriction of movement we are currently unable to reach out to the victims; however we at Don Bosco are assessing the situation along with the local church and some NGOs to see how best we can serve the victims of the tragedy as well as the nation of Sri Lanka in this time of crisis.

Please do continue to accompany us with your prayers and support so that peace may prevail, the victims are duly assisted and that we all stand united in the face of such great evil. I will keep you updated and soon share with you our plans to reach out to the victims and the distressed.

Thank you, Yours Truly,