Brazil - "Carry the heart of each one of us in your heart as Father and Rector Major": Rector Major's visit ends 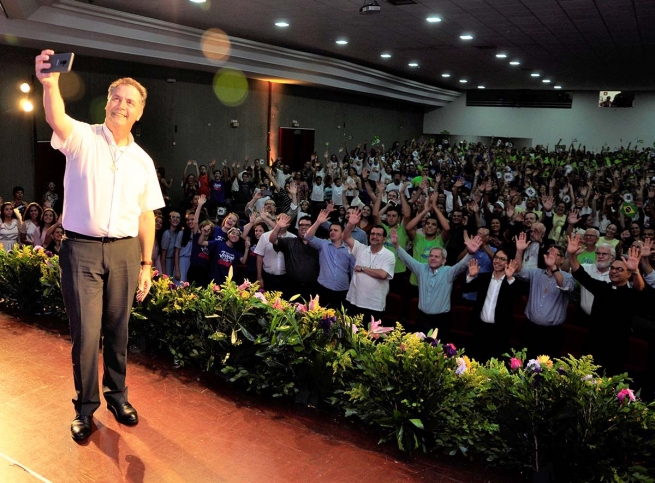 (ANS - Campo Grande) - A few days to learn about the presence and the good the Salesians do in Brazil, the country "o mais grande do mundo". Fr Ángel Fernández Artime, meeting aspirants, pre-novices, novices and post-novices of the Campo Grande Province (BCG), said clearly: “Dear young people, we are not Salesians to do things; we are Salesians to bear witness with our lives how important God is, to bear witness that we are for God and that we want to give our lives.”

One of the activities carried out by the X Successor of Don Bosco during the Animation Visit to BCG was a visit to the "Don Bosco Culture Museum", located in the Park of Indigenous Nations. At the event, Mara Caseiro, the President of the Culture Foundation, underlined the importance of the Museum: “We are grateful for all the years of work of the Salesians to safeguard the culture of our people. Campo Grande has a great affection for the Museum, because it is the memory of our State.”

The Rector Major officially concluded the Animation Visit on Saturday 27 April. At the “St Giovanni Bosco” parish in the city, a multitude of people that included young people, Salesians in formation, members of the various groups of the Salesian Family celebrated - with the Rector Major - their gratitude for the five days spent in Mato Grosso, during which he greeted, encouraged and blessed each Salesian presence.

The last act of the Visit took place inside the "Don Bosco Theater" with the presentation of a musical staged by the students of the Don Bosco School, the screening of the video on the 125th anniversary of the Salesian Mission in Mato Grosso and the delivery of a missionary cross to the young people of the Salesian Youth Movement. At the end of the event, the Rector Major took a selfie with all those present and then gave his fatherly greeting to each group of the Salesian Family.