Italy – "For you, I study": IN.S.I.E.ME project at "Don Bosco-Cinecittà" focuses on relationships and trust between young people 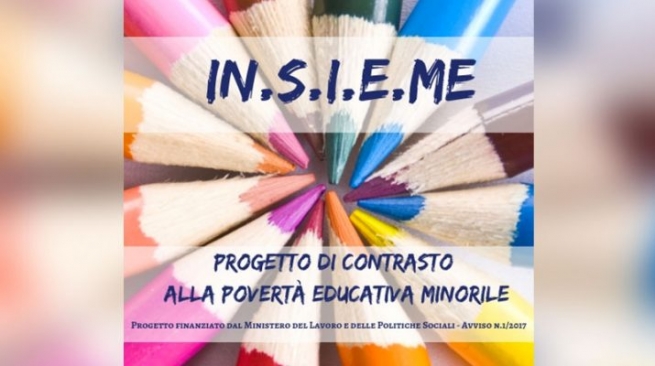 (ANS - Rome) - "XteStudio" is the name of the workshop of the "Don Bosco" oratory in the Roman district of Cinecittà born as part of the "IN.SIEME" project (INiziative a Sostegno Inclusivo E MEdiazione per un’educazione di qualità e il contrasto ai fenomeni di marginalità ed esclusione sociale, ie Initiatives to Inclusive Support and Mediation for an education of quality and the contrast to the phenomena of marginality and social exclusion), which sees among the entities involved also "Salesians for the Social". Through this workshop, children between 11 and 17 years of age, with a discontinuous school situation, repeat students, school dropouts and cultural and family deprivation, can receive support to make them protagonists of their own lives and authors of their own destiny.

Specifically, the "Xte Studio" workshop involves minors in after-school and school-based reinforcement activities, and completes their education through expression and cinematographic initiatives, carried out in collaboration with the local Cinecircolo Giovanile Socioculturale, a youth and cultural cinema-based association (CGS).

To increase their sense of belonging in the group, at the beginning of the year the operators took the children on a field trip to the center of Rome. "Many of them," explains the project's local coordinator, Caterina Pezzi, "although they've traveled alone around the neighborhood, had never seen the center of Rome! ... We then visited some typical streets, the Pantheon, several churches and a few monuments that they had only studied in books and never seen in person."

Accustomed to a reality deprived of stimuli for them, in this way the children of the peripheries have discovered beauty at their fingertips; and they did it ... together!

The occasion of the visit also allowed moments of aggregation and sharing, and even a simple ice cream, taken in the company of mates and in the center of Rome, remains an unforgettable event in the memory of these kids so loved by Don Bosco.

Through all these experiences the boys are regaining a little self-confidence, acquiring knowledge and motivation for studies.

The work of the IN.S.I.E.ME project operators also involves the parents of the children, through the collaboration of a psychotherapist, and is completed in the synergies started up with the schools and social services.

IN.S.I.E.ME is active in 17 locations throughout Italy and aims to combat situations of educational poverty of children by involving schools, parents and the children themselves.