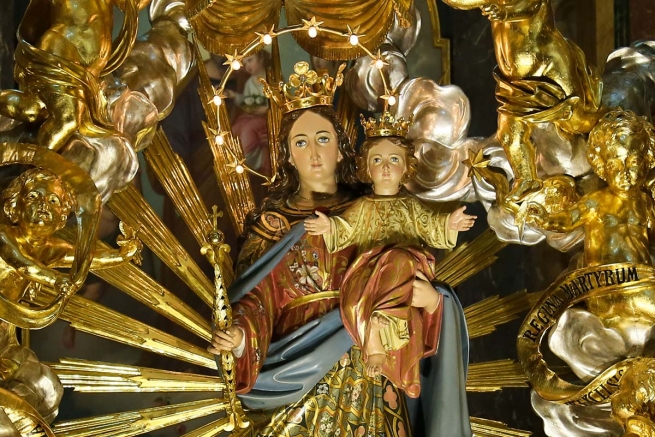 (ANS - Rome) – Given last year's success, the experience of the world novena to Mary Help of Christians is being repeated in 2019, with testimonies on the sanctity of the Salesian Family and the comment of the Rector Major of the Salesians of Don Bosco, Fr Ángel Fernández Artime.

The structure of the novena provides a different video for each day which will present:

- one of the Salesian Beatitudes;
- a motto related to the Magnificat of Mary;
- a testimony from a member of the Salesian Family on a figure of Salesian holiness;
- the comment of the Rector Major;
- the final prayer.

The novena videos shall be available in six languages (Italian, English, Spanish, French, Portuguese and Polish) on various channels: the sdb.org site, the ANS channel on YouTube, and the ANS Facebook page. The beginning is expected for May 15th.

The initiative of the Novena to Mary Help of Christians is promoted by the Rector Major, with the support of the Department for Social Communication, and produced by ANS, in collaboration with "IME Comunicazione". Fr Bruno Ferrero, SDB, Director of the Italian Salesian Bulletin, Fr Carlo Cassatella and Antonella Colucci collaborated on the texts.

The videos of the novena, together with the texts - which will also be shared, through the ANS website - can thus be used for prayer and animation in the communities, in the parishes and in all the centers of the Salesian Family across the globe.

A video presentation of the novena (in Italian and Spanish) is already available on the ANSChannel.