RMG – Meeting of new Provincial Economers: "Organizing structures at the service of the most needy young people" 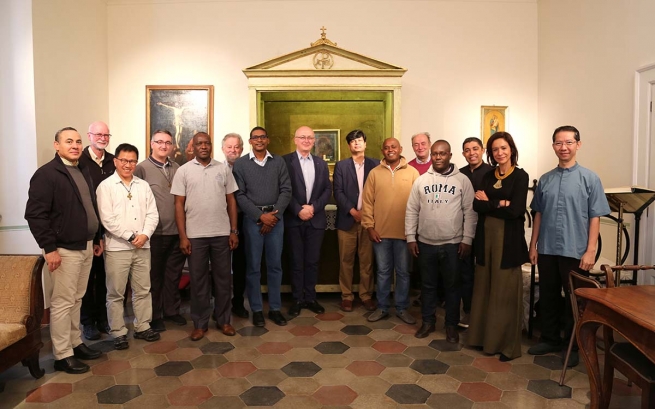 (ANS - Rome) - "This meeting is a course for the new Provincial Economers who have recently been appointed. It is designed to bring them closer to the global work that the Salesian Congregation does in the General House for the benefit of young people," said Br. Jean Paul Muller, SDB, Economer General of the Salesian Congregation, speaking of the meeting of Provincial Bursars that began on Sunday 28 April at the Generalate in Rome, scheduled until Friday 3 May.

As the Salesian Constitutions state in art. 139, the Economer General "coordinates and controls the provincial administrations, so that their management meets the needs of religious poverty and is at the service of the Salesian mission." It is precisely for this purpose that the new Provincial Economers meet at this time in Rome, to address the issues relating to the identity of the Economers of the Provinces.

During the meetings, they have the opportunity to listen to a number of presentations on topics such as: the identity and role of the Provincial Economer, the prevention of corruption in the field of economics, the Economic Information Report according to Canon Law, the organization of Planning and Development Offices, administration of the assets of the Congregation, the Economer in personnel management, and more.

"The Provincial Economers have experiences of economic administration in different realities and in unequal situations. Some countries are at war, others in peace; some have anti-corruption norms and others are immersed in corruption. Aware of this situation, the meeting also presents the issue of corruption as a palpable reality in our nations, with the goal that the money that arrives in our Provinces is used to serve young people, because it belongs to the poor," said Br. Muller.

The Provincial Economers have a fundamental role in every Province and, the Economer General concludes, "they are aware that their mission derives directly from the Rector Major and lasts from three to six years. The service they have to do is to manage and organize Salesian structures and centers at the service of the most needy young people."