Belgium – Statement from DBI on the EU-Turkey agreement on migrants 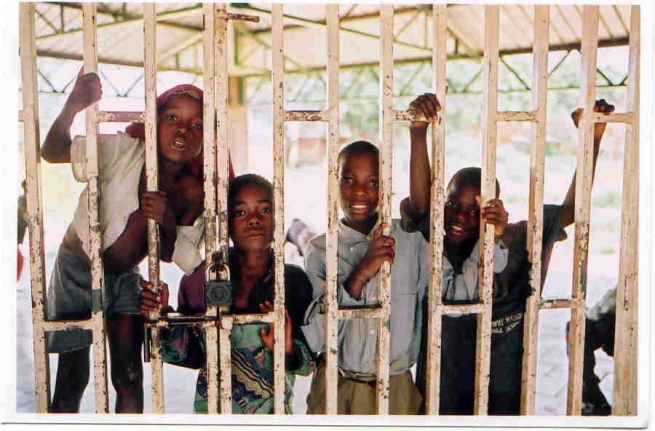 (ANS - Brussels) - "We Salesians of Don Bosco work on the inclusion of migrants and refugees in Europe and other continents and are Concerned about the implications of the Agreement between the European Union (EU) and Turkey". This is the beginning of the statement recently issued by DON BOSCO INTERNATIONAL (DBI), a platform created to facilitate a meaningful dialogue between the Salesians of Don Bosco and the European Institutions and NGOs. Below we publish the rest of the statement.

Whilst recognising that it may bring a temporary improvement to a currently chaotic situation, we believe that the accelerated provisions in the Agreement go against at least the spirit of the Convention on the Rights of the Child (Art. 3, 22), the Geneva Refugee Convention (1951/1967) and the Charter of Fundamental Rights of the European Union (Art. 18).

Since the phenomenon of irregular migration is part of the emerging European reality, we are confident that rather than being pushed back at the borders, unaccompanied minors, young people and families seeking asylum in the EU can be afforded a chance to rebuild their lives in the European Union through the provision of quality services that meet their needs.

As Salesians of Don Bosco we believe that inclusion promotes citizenship and participation in society.  For us, diversity is a value and our presence in 23 EU Member States seeks to include young migrants in society, offering them educative opportunities and a high standard of services adapted to their needs, that they may have a real chance to start again in life.

As Salesians of Don Bosco we believe in a European Union that is not indifferent to suffering, that assumes its responsibility towards people, and that respects their rights and dignity. Asylum seekers should experience a rights-based approach when presenting at Europe’s borders regardless which EU Member State they happen to arrive in. It is a pity that the Agreement is not about rights or responsibilities, assistance or protection, but rather about ‘stopping boats’ and smashing “the people smugglers’ business model”.

1.       We wish those who serve in government to keep in mind that irregular immigrants and asylum seekers are more than numbers. As Pope Francis said in Mexico “The human tragedy that is forced migration is a global phenomenon today. This crisis, which can be measured in numbers and statistics, we want instead to measure with names, stories, families.”

2.       The principle of non-refoulement becomes problematic in the context of sending people back to what, until recently, was not considered a “safe third country” for asylum-seekers.

3.       We are concerned that safeguards which are meant to protect the interests of minors and other vulnerable asylum-seekers will be deemed insufficient and dispensed with, in the context of the current crisis.

4.       We fear that regardless of the procedures established, people will continue to unnecessarily risk their lives: in the absence of a safe route people will keep dying trying to enter, or cross into, Europe until such time as the indicated Voluntary Humanitarian Admission Scheme is activated.

5.       Though the Agreement is meant to help Greece manage its border with Turkey, we draw attention to the urgent situation of asylum seekers trapped in the Balkan route, which is still not being adequately addressed.