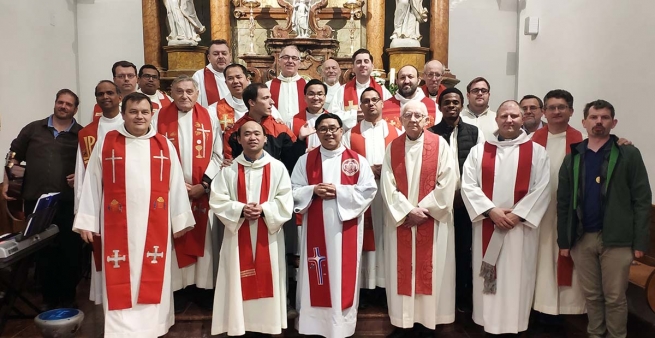 (ANS - Péliföldszentkereszt) - On Friday 3 May, the Extraordinary Visitation of Fr Tadeusz Rozmus, on behalf of the Rector Major, of the “St. Stephen King” Province of Hungary ended in Péliföldszentkereszt. For his final report Fr Rozmus used the title: "Quo vadis, Hungarian Province?"

In the text he drafted, the Regional Councilor presented what he observed during his Extraordinary Visitation, highlighting both the strengths of the UNG Province, so that they can be valued and appreciated, and the currently weakest areas, so that they may be improved.

Salesian Hungary, said Fr Rozmus, is "a beautiful Province", probably among the smallest in the Congregation on a global level, as far as numbers are concerned; yet very active, having many educational institutions, and very much appreciated, also for its contribution to the life of the Catholic Church in the country.

Furthermore, charismatic fidelity is achieved through the many institutions engaged in youth ministry, and in particular in some areas of the country where the preferential option is given to the poorest and most abandoned young people.

The picture that emerged, therefore, is that of an international community that seeks to fulfill its mission in today's society.

Among the most beautiful moments lived during the weeks of the Extraordinary Visitation (from the end of March to the beginning of May), Fr Rozmus pointed out the experience, defined as "unforgettable", by the Spiritual Exercises preached for the first time to members of the Salesian Family of the Country: an appointment that offered the opportunity to experience spiritual and charismatic recharging days in a family atmosphere.

The Regional Councilor concluded his speech with words of encouragement: "Sursum corda! God bless you!"

The Hungarian Province, canonically erected in 1929, currently has 43 Salesians belonging and seven aggregate houses, as well as three novices.