Argentina – "I make available one year of my life": Salesian Missionary Volunteer Work 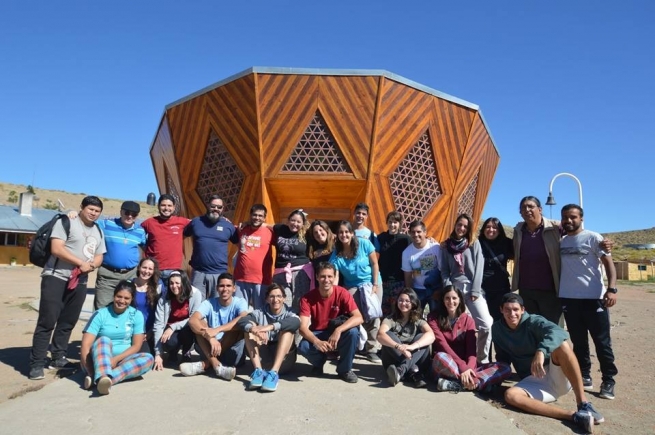 (ANS - Buenos Aires) - The volunteer team of the Province of South Argentina is witness to the process carried out by young people who are able to say "I make one year of my life available". It is a proposal for a powerful human and spiritual experience.

The volunteers are extremely normal people, of flesh and bone, but full of energy, strength, dreams, people who ask and discern "and now, what else, or what more?" They turn to the communities that welcome them to help them, making the Salesian community and the educative pastoral community feel they are not alone in the mission.

A new group of volunteers began their experiences at the beginning of the year, with a meeting in Junín de los Andes; they then joined the provincial youth retreat which takes place every year in the city of Junín de los Andes, and which was completed with the sending off Mass presided by the Provincial, Fr Honorio Caucamán.

The new Salesian missionary volunteers departed for the following communities: Dalila Lopardo of Neuquén and Braian Fernández de Pringles to the community of Trelew, on a mission in the Chubut highlands area; Sofia Bobb from Bahía Blanca and Juan Balmaceda from Corrientes to the community "Hogares Don Bosco - Good Shepherd" of the province of Buenos Aires; Rocío Spontón from Río Grande and Juan Martín Sparvieri from Mar del Plata to the Salesian center of Victorica and the Pampas; Milagros González from Bahía Blanca and Ana Núñez from La Plata in Bariloche, province of Río Negro; Lorena Sosa from La Plata and Gabriel Parry from Caleta Olivia to Junín de los Andes, province of Neuquén.

The path of Salesian pastoral care leads to missionary animation and various forms of volunteering, all seen as a continuity that must be maintained and developed. Openness to missionary vocation, social commitment and charity in volunteering are mature expressions of education to the faith and evangelization of the young; at the same time, it presents a clear and essential expression of that identity capable of motivating the communities towards an apostolic dynamism.

Don Bosco's missionary heart sensed the enormous spiritual tension and the extraordinary apostolic strength that the missionary ideal awakened in his young people. In these times, Pope Francis asks everyone to be "an outgoing Church", a Church that reaches out, and the missionary pastoral ministry tries to abandon the complacent or comfortable pastoral criterion of "it's always been done this way" to, indeed, change, reach out.