India - Faith and a spirit of gratitude: the Uzhunnalil family’s response to Fr Tom’s kidnapping 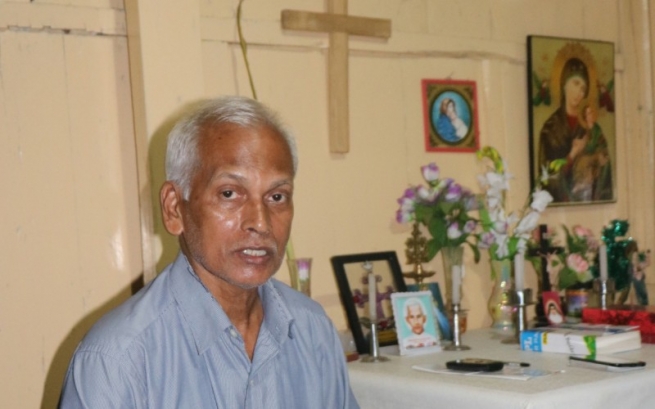 (ANS - Ramaparam) - "Although we are confounded and distressed our certitude in the Lord’s power ushers us on." For more than 40 days Mathew Uzhunnalil has not heard from his brother who was kidnapped in Aden during a terrorist attack. Yet, along with the rest of his family, he trusts always in the Lord and he still finds the strength to thank everyone who has shown concern for Fr Tom, beginning with Pope Francis for his appeal, and including all those who pray for his release.

“We the family members of Fr. Tom Uzhunnalil, are deeply grieved and devastated by the untoward incidents that took place on 4th March 2016 at Yemen (Aden) leading to the abduction of our beloved brother” Mr Matthew Uzhunnalil has said to the Salesians of India. “During these pressing hours we remember with utmost gratitude His Holiness Pope Francis for his magnanimous words of solace and the heart rending appeal he made to Fr Tom’s abductors requesting his safe release.”

Mr Uzhunnalil then thanked "with immense gratitude" Bishop Paul Hinder, Apostolic Vicar of Southern Arabia, for "his efficacious diligence" in working for the release of their brother. He thanks all the Salesians of Bangalore, starting with their Provincial, Fr Joyce Thenkuzhal, together with all the bishops, priests, and sisters around the world for thier "ardent efforts and prayers" which "give reassurance".

In thier sorrow the Uzhunnalil family look proudly to the missionary zeal of thier brother and the spirit of "compassion" for others whose compassion for others made him jeopardize his own safety."

“This good shepherd faced his adversaries with deep conviction in the Lord and like a true apostle dared to consume the Blessed Sacrament so that it would not be desecrated. We believe and pray that the exemplary deeds of Fr Tom Uzhunnalil who followed in the footsteps of his predecessor and uncle, Fr Mathew Uzhunnalil, SDB, will undoubtedly inspire many from our family and the community to live as valiant and dedicated missionaries for our faith.

We will continue to remain in relentless prayer and earnest longing for our beloved brother’s safe return.”