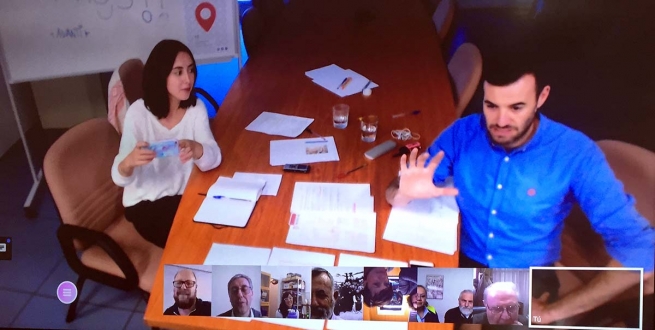 (ANS - Rome) – Due to the celebration of International Museum Day, Saturday 18 May, and of the invitation of the Rector Major of the Salesians, Fr Ángel Fernández Artime, to "start in a coordinated way the care and promotion of Salesian artistic and cultural assets as the wealth and heritage of the Congregation in favor of the mission", seven Salesian museums in the world held what was a first work session towards laying the foundations for a Network of Salesian Museums.

It was a first approach and contact via a video conference. Exhorted by the General Councilor of the Missions, Fr. Guillermo Basañes, seven of the largest Salesian museums in the world - in terms of size, exhibitions, catalogs, and related - shared their experiences and together set guidelines for future common work.

This ambitious project is led by Salesian Fr Gianni Rolandi who, among other functions, is the contact person for Salesian museums within the Dicastery for Salesian Missions. From his presentation we'd like to report these fine words:

"In an ever smaller world – increasingly more a global village - we realize that, as Salesians, we have an enormous heritage that we need to:

1. Safeguard
2. Share
3. Promote and make known: among ourselves and to the world."

In addition to Fr Rolandi, other participants included: Nataly Orbe Ortiz and Fr Juan Botasso, of the “Abya Yala” Museum in Ecuador; Miguel Ángel Fernández, Head of Registration and Documentation of Cultural Heritage at the “St James Major” Province of Spain-Madrid; Rosanna Russo of the "Colle Don Bosco Museum" of Turin; Jorge Liotta and the team of the "Museum of Natural Sciences" of Turin; Antonio Scasso, from Argentina; Salvatore Cirillo from the "Maggiorino Borgatello Museum" in Chile; Dirceu Mauricio Van Lonkhuijzen, of the "Museum das Culturas Don Bosco" in Brazil; and Mariano García and Virginia Escribá of the "Museum of Salesian Missions" in Spain, these thus acting as organizing referents in this early stage.

For a few minutes, the managers of each museum were able to present their institution, their own projects, the hosted collection and the lines of action undertaken and being developed.

During the cordial conversation and the exchange of impressions, which lasted about 1.5 hour, the participants committed themselves to holding periodic meetings with the aim of collaborating together and starting to work in and as a network to spread and curate in a universal fashion the missionary charism of Don Bosco.

In the future it is hoped that other Salesian museums will be able to join this initiative.