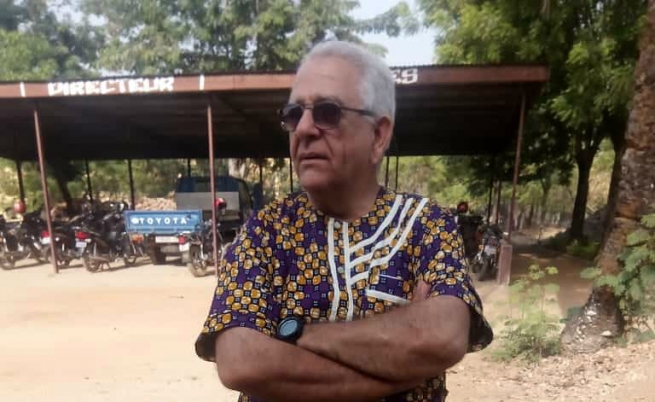 (ANS - Bobo Dioulasso) - 60-year-old Spanish Salesian missionary Fernando Hernández was murdered on Friday 17 May in the Salesian house of Bobo Dioulasso, killed by a former chef from the center. The murderer, who had worked at the center for seven years and was fired two months ago, also knifed Salesian Fr Germain Plakoo-Mlapa in the same attack, the latter currently recovering. Security forces arrested the former employee immediately after the crime.

The Salesian Congregation expresses its deepest sorrow for the tragic death of the Salesian priest and wants to be close to his family and members of his community. And while it condemns all forms of violence, it however reaffirms its desire to continue working in African countries, especially in the area of ​​education and evangelization of young people, to contribute to their full development. Sometimes, this work is done in very difficult and even hostile situations. Just three months ago, in fact, another Spanish Salesian missionary, Fr Antonio César Fernández, was assassinated in Burkina Faso, on that occasion during a jihadist attack.

Fr Fernando Hernández, born April 8, 1959, was originally from Ledesma, province of Salamanca, Spain, but studied vocational training in Urnieta, Gipuzkoa province, where his family had emigrated when he was young. Later, in response to the Salesian vocation, he studied Philosophy and Theology and was ordained a priest in Santander in 1991, and immediately sent to Benin as a missionary.

"He was a priest with a technical background, a very interesting profile for the work he did in the places to which he was assigned, because vocational training is the engine of the development of young students and their environment," his confreres said of him.

In the Salesian center of Bobo Dioulasso, in Burkina Faso, Fr Hernández was vicar and economer, responsible of a centre for students attending the Salesian Vocational School and other schools in the city. The news of his murder has caused great consternation in the whole Salesian Family, especially in this area of Burkina Faso where the Salesians have been present since 1994.

The funeral and the subsequent burial of Fr Hernandez will take place in Burkina Faso as the Salesian missionary himself wished. The funeral is scheduled for Wednesday, May 22, at 9 am. Subsequently, his mortal remains will be buried in the courtyard of the work of Bobo Dioulasso, to make the words of the Gospel resound forever in that place: "If the grain of wheat that falls on the ground does not die, it remains alone; but if it dies, it bears much fruit."

From Spain, some of his relatives will go to Burkina Faso, accompanied by members of the Salesian Congregation, to participate in the funeral.