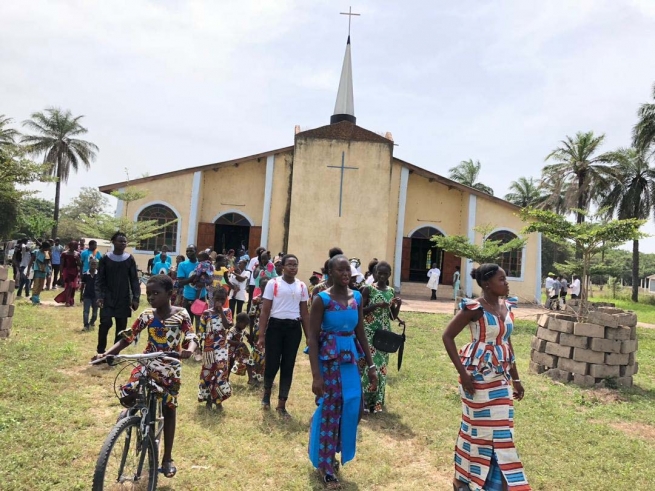 (ANS - Kunkujang) - “Teenagers and young people are still waiting for us, and among them the poorest, abandoned and unsafe ... Malaysia and Gambia will be spaces for our presence shortly. From many other countries where we are already present, we are called to go to other areas that are authentically missionary.” Thus wrote wrote the Rector Major, back in December 2017, in his missionary appeal for the following year. Today the Salesian mission in Kunkujang, Gambia, is a reality, which a few days ago celebrated its first seven months of service to young people and people in need.

From the outset, the new Gambian mission has represented a particular Salesian mission project, so much so that it was jointly initiated by the Salesians of the two Provinces of West Africa, that is Francophone (AFO) and Anglophone (AFW).

Located in one of the poorest areas of Gambia, within the country's only diocese, based in the capital Banjul, the Salesian mission has as its greatest wealth the only true Salesian treasure: the many young people who are just waiting for a chance to get to know Don Bosco.

It was officially inaugurated on 27 October 2018 in the presence of the two Provincials of AFW and AFO, respectively Fr Michael Karikunnel and Fr José Elégbédé, and several members of the AFO Provincial Council.

“As we celebrate seven months of our presence in Gambia, we want to use this opportunity to thank God for this new mission; our dear Rector Major, Fr Ángel Fernández Artime, for his support for the new mission; and our able Provincials and their Councilors for their various supports,” says from Kunkujang, Fr Peace Ike, a Nigerian Salesian, one of the pioneer missionaries in Gambia.

“We pray God to continue to guide and protect us as we carry out our duties as expected of us. We are looking forward for more visits, even from the Rector Major,” he concludes.