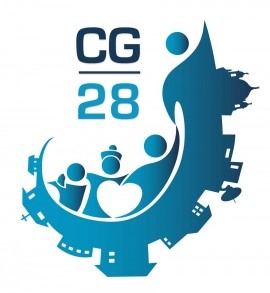 (ANS - Rome) - Exactly 255 days left until 16 February 2020, the day in which the 28th General Chapter (GC28) of the Salesian Congregation opens in Turin. The time available seems a lot, but preparations have been going on for months, from an organizational and communicative point of view. ANS is also involved in this process and therefore offers its readers a specific section on its website, so as to immediately identify all the articles pertaining to the GC28.

The General Chapter is "a sign of the unity of the Congregation" and "a fraternal meeting to remain faithful to the Gospel and to the charism"; it does not only concern the Capitulars, but the entire Congregation which "seeks to know the will of God for a better service to the Church" (Cf. Const. No. 146).

In the current Era of Communication, the Dicastery for Social Communication (CS) has articulated a holistic communication project of the GC28, "ad intra" and "ad extra", which started with the first deliberations on the Chapter taken by the Rector Major together with his Council, in March 2018, and which is designed to make it clear how the guidelines for the next six-year term of the Congregation are born.

It is not just a matter of informing the Salesians of the world, the members of the Salesian Family, young people and lay collaborators in the mission, religious and general media and press in a clear and timely manner; but also to make the GC28 a lively and transparent event, and to facilitate the fallback into the Provinces of the GC28 guidelines.

The opening on the ANS homepage of the new section dedicated to the GC28 - on the right column of the screen, immediately below the opening window - is therefore a small step in the communicative journey undertaken by the CS Dicastery, which will be carried out in concert with all the Provinces and which will continue until after the conclusion of the General Chapter.