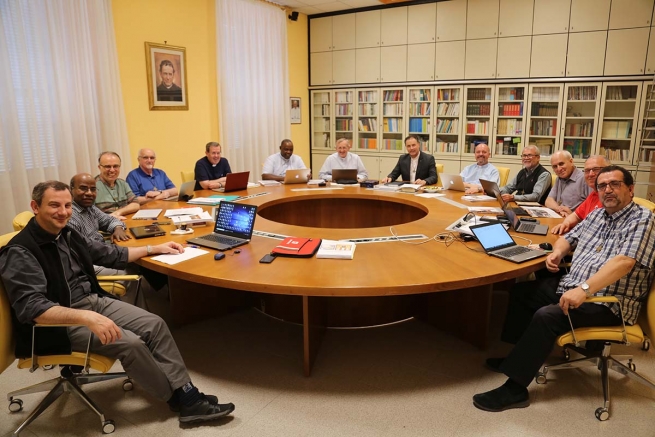 (ANS - Rome) - The summer session plenary of the General Council of the Salesian Congregation began on Monday 3 June with the first meetings of sharing. It lasts for 8 weeks and finally concludes on 26 July.

Providing animation to the government of a Congregation that has over 14 thousand religious, hundreds of thousands of collaborators and millions of young beneficiaries is not a trivial matter. For this reason the Rector Major meets twice a year, for a lengthy period of time, with all his first collaborators of the General Council: to listen, to evaluate, to discern, to nominate, to offer indications and guidelines, to decide.

Scheduled for this summer session are:

- the accompaniment of recently appointed provincials in the orientation course dedicated to them;

- the appointments of four Provincials (Colombia-Bogotà, India-Mumbai, Italy-Sicily and the Northern Philippines) and of the Superior of the Africa-Ethiopia Vice-Province;

- the sharing of mission support and the destination of new missionaries;

- the discussion of economic issues.

Attention and care will also be reserved for the study of various specific themes, ranging from the preparation of the 28th General Chapter (GC28) to the Strenna for 2020; from Salesian personal accompaniment to the Provincial Bursar Manual; from the redesign of the formation communities in the Africa-Madagascar region to the advancement of the project to enhance the Salesian sites and places; up to the post-Synod perspectives on young people and the update on child protection.