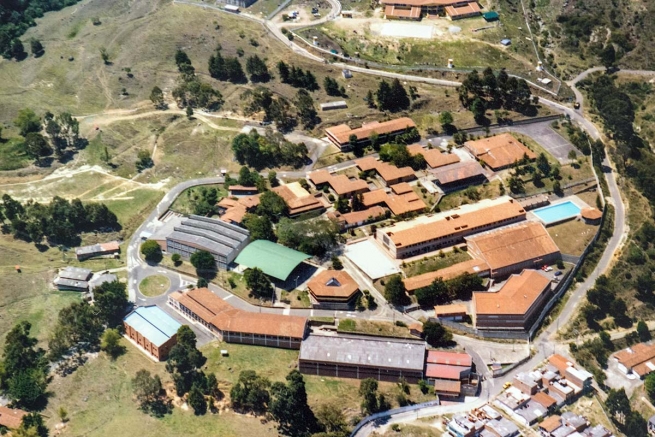 (ANS - Medellin) - Juan David says that at the age of 6 he collected garbage to support his two younger siblings in Medellín, Colombia. Currently, he is instead a student of the Latin American Autonomous University where he attends the courses of Jurisprudence. In the middle of these two phases, there was the Salesian "Ciudad Don Bosco" house of Medellín.

Juan David is one of those people (today there are 158 million) who knows full well what child labor is, because he himself was exploited in this way. When he was 6, Fernando, aged 3, and Maria, just one, would wait for his return every day so as to get something to eat. He had begun to beg, but still couldn't quite scrape enough to feed them. It was then that he decided to work as a 'recycler'. "It's the word we use to define children who work in landfills in search of some object that may have an economic value," he told the COPE portal.

Juan David is the son of his mother's first husband, who died shortly after his birth, and his siblings have another father. "My mother rarely appeared inside the house, she was very neglected ... The problem arose when they got sick and we needed more money for medicines."

Before the mafias of drugs, sexual exploitation, or paramilitaries managed to get their hands on him, in 2007 he was lucky enough to run into Juan Carlos Reigota, Coordinator of the "Derecho a Soñar" project. "He took us to study at 'Ciudad Don Bosco, at the Salesians".

James Alexander Areiza of "Ciudad Don Bosco" explains: "We have been working for 54 years with the most vulnerable population in Medellín, the department of Antioquia and many other areas of Colombia. We are committed Salesians and lay people who do a job of human, academic and professional formation." Areiza also specified that they are trying to "remove these children from the street, from drugs, from sexual exploitation and from war. Many are child soldiers and continue to be threatened by criminal gangs."

"Recently," says Juan David, "I met some of my childhood friends and I was surprised to see how many of them have problems with drugs. They were even surprised when they saw me again; they thought I was dead, as happened to many others who they no longer saw... And they were amazed even when I explained to them that my life had changed and that I was even studying at university."

On his future Juan David has no doubts: "I want my work from now on to focus on helping those children and young people who face a kind of life that is very difficult to get out of."