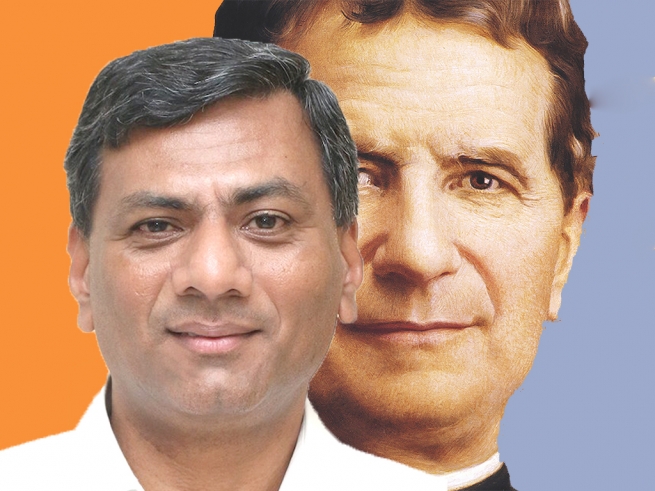 (ANS - Rome) - On the last day of the second week of the summer plenary session of the General Council, Fr Ángel Fernández Artime, Rector Major, with the consensus of the other members of the Council, appointed Fr Savio Silveira as Provincial of the Province of India- Mumbai (INB) for the six-year period of 2019-2025.

Between 2005 and 2007, he studied International Cooperation and Development at the European School of Advanced Studies, Pavia, Italy, and obtained a Master’s Degree.

He then took over as the Executive Director of the Development Office of the Province, a post he held for eight years from 2007 to 2015. He is also the Founder of Don Bosco International School Matunga.

He is also the Spokesperson for the "Don Bosco Green Alliance", the Salesian platform that brings together over 100 Salesian institutions around the world committed to protecting the environment and building a new generation of citizens committed to respect for Creation.

Fr Savio Silveira will assume office on Thursday, 12 September 2019. The installation ceremony will be during the Eucharist at 18:30 hrs in the Shrine of Don Bosco’s Madonna, Matunga, Mumbai. Fr Maria Arokiam Kanaga will represent the Rector Major at the installation of our Eleventh Provincial.