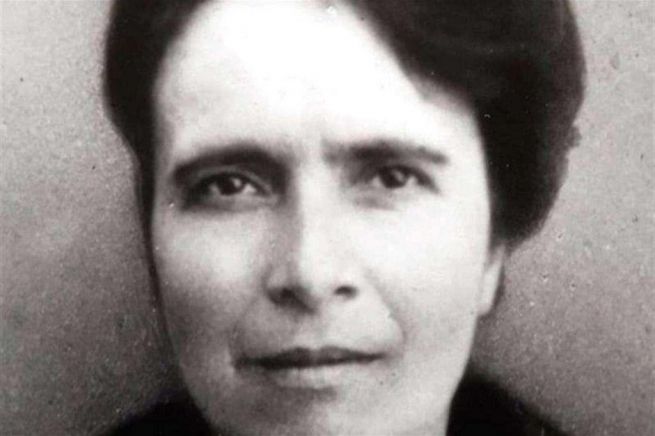 (ANS - Pozzomaggiore) - On Saturday 15 June 2019 in Pozzomaggiore, Sardinia, Cardinal Angelo Becciu, Prefect of the Congregation for the Causes of Saints, beatified, on behalf of the Holy Father, Edvige Carboni, a humble and strong woman with a "life imbued with God", who lived a life of manual and service work, in the family and towards many needy people she met, a life filled with graces and extraordinary supernatural gifts.

Born in Pozzomaggiore on 3 May 1880, she wanted to become a religious, but had to stay close to her sick mother. Since then she spent a sober and collected domestic life, alternating household chores with moments of prayer. On July 14, 1911, the signs of the Passion of Jesus appeared on her body. This and other mystical phenomena that were attributed to her were investigated in the canonical process of 1925, to which she underwent with complete obedience. She then moved to Rome with the rest of her family, just as the Second World War was about to explode.

Since she took up residence in Rome, until her death (1938-1952), Edvige belonged to the parish of the Salesians "Saint Mary Help of Christians" on Via Tuscolana. There she went almost every morning for Mass and Communion; there she gathered in prayer, usually in the chapel of Saint Anne; most of the ecstasies and prodigious events took place there; on 25 September 1941 she also became a Salesian Cooperator.

Very devoted to the Madonna, who appeared to her several times, she received many graces from her. Many were the saints of which she had apparitions, particularly Don Bosco and Domenico Savio. In her diary there are 20 apparitions of Don Bosco, often together with Mary Help of Christians or Domenico Savio. In these apparitions Don Bosco gave her suggestions, invited her to devotion to Our Lady, encouraged her in difficulties, asked her for prayers and sacrifices, showed her the great good that the Salesians did, many of whom praised holiness, and invited her to love the Salesian Sisters.

Cardinal Becciu said in the homily of the beatification rite: “Blessed Edvige embodies the most beautiful virtues of the Sardinian woman of the time. And yet from her experience, data emerge that make her testimony more relevant than ever ... Her simple and profound spiritual experience, marked by limitless charity, boundless humility and incessant prayer, is still a current model, because it shows that even in a simple life and ordinary it is possible to experience a solid communion with God and an apostolate characterized by a passion for wounded and disadvantaged humanity.”