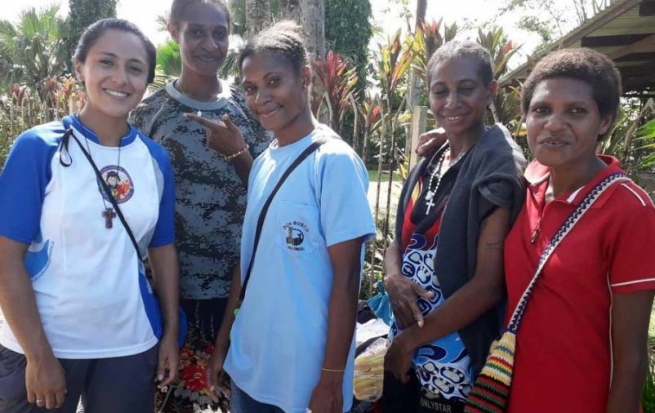 (ANS - Quito) - On 12 June, the "Ecuadorian Missionary Day ad gentes" was celebrated in Ecuador. It was 2014 when the Ecuadorian bishops decided to celebrate this day, coinciding with the feast of the first ad gentes missionary active in Eastern Ecuador, Blessed Mercedes de Jesús Molina (1828-1883), a religious and founder, who did not hesitate to face the many challenges to cross the forests and bring the Gospel to the indigenous Jíbaros.

Mercedes de Jesús Molina, patroness of the Ecuadorian missionaries ad gentes, was born in Baba (Los Ríos, Ecuador) in 1828. She faced and tread arduous and inaccessible paths, experienced cold and solitude, but none of these extreme experiences managed to extinguish the fire for mission that burned in her heart. She was the first Ecuadorian woman to enter the “wild” regions and soon became a consolation for the Shuar tribe - where the famous Salesian missionary Fr Luigi Bolla had also been active for many years.

This year the National Day of the Ecuadorian Missionary ad gentes was celebrated following the gospel motto: "Let's move to the other shore" and recalled those who dedicate their lives to evangelization in the eight mission territories present in the Amazon region of Ecuador. In each of these territories there are several religious congregations at the service of the missions, and it is noteworthy that almost 30% of the Salesians in Ecuador are at the service of the Andean missions, in the Amazon and Afro-descendant regions.

The celebration of this day was conceived in 2014, during the assembly of the National Missionary Center (CEMINA), to answer to the great challenge that awaits the American continent, that of putting itself in a state of permanent mission. The Day represents a date to thank "the generosity of the missionaries who have crossed borders, bringing the Good News of the Gospel, experiencing the love of God and becoming missionary disciples who share their faith."

The Ecuadorian Episcopal Conference explained that the title of "missionary ad gentes" is given by the Church to priests, consecrated or lay missionaries, "who operate in the territories recognized by the Church as territories of mission ad gentes"; as did the first missionaries, such as Paul and Barnabas, who were sent to bring the good news of the Gospel to those to whom it had not yet arrived.

Today, Ecuador has eight mission areas ad gentes recognized by the Church: six Apostolic Vicariates in the Amazon Region (San Miguel de Sucumbíos, Aguarico, Napo, Puyo, Méndez-Macas and Zamora) one in the Coastal Region (Esmeraldas) and one in the Insular Region (Galapagos).