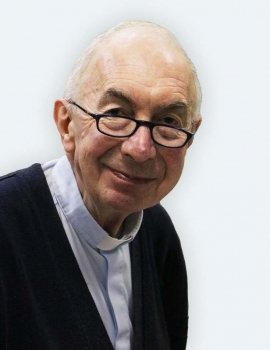 (ANS - Rome) - For years he was the discreet and kind custodian of the memory of the Salesian Congregation, of its most precious historical finds as well as of ordinary practices and acts, which however testified to its life and development over the decades: after a life spent entirely in service, courteous and helpful, yesterday, June 20, Fr Luigi Cei, SDB, who since 1993 lent his work in the Salesian Central Archive (ASC), passed away after a long illness.

Fr Luigi Cei was born on 13 October 1944 in Turin, and had entered the Salesians in 1962, attending the novitiate at the "Monteoliveto" house in Pinerolo. Having made his first profession on 16 August 1963, and his perpetual profession on 6 August 1969 in Pianezza (TO), he was ordained a priest on 10 June 1973 in Peveragno (CN).

From 1973 to 1978 he worked as a catechist and teacher in the Salesian Institute of Chieri, then for 15 years, until 1993, he was the Provincial Secretary of the then Subalpine Province (ISU).

Summoned to Rome, he worked to accompany and then lead the activities of the Central Salesian Archive, first as a clerk (93-2008) and then as Director (from 2008 until yesterday), working at the Generalate, and then, from 2017, at the new headquarters of the Archive in the "San Francesco di Sales" community of the Salesian Pontifical University.

Glad to be in direct contact with some of the most precious relics of Salesian history, Fr Cei always happily showed the scholars and visitors to the ASC the findings he took care of, such as autographed letters of Don Bosco or the most significant documents of the history of the Society of Saint Francis of Sales.

During all the years spent in the ASC, there was no group of missionaries or Salesian Provincials who came to Rome and could not enjoy his polite and smiling service.