Peru – Fr Martín Quijano, SDB: "We are condemned to a slow death and there is no authority worrying about us" 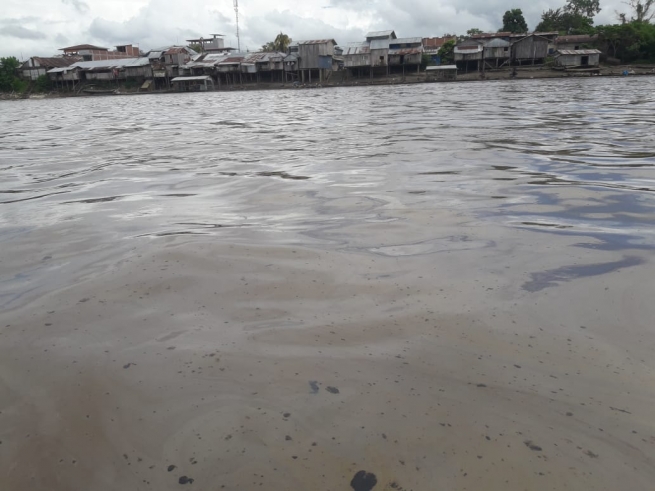 (ANS - San Lorenzo) - "For over 40 years the oil companies have been extracting oil in the Province of Datem del Marañon. So far these companies have returned nothing or almost nothing to the people living in the jungle and therefore there is a great malaise among the population. Companies continue to pollute the natural habitat and the environment and we Salesians find ourselves in the middle of these forgotten villages," says Fr Martín Quijano, Parish Priest and Director of the Salesian House of San Lorenzo.

In recent days the situation has been made public and denounced by important Peruvian media, such as the Perú 21 newspaper. "The oil spill recorded at kilometer 237 of the Ramal Norte (ORN) Pipeline, in the district of Manseriche (Loreto), continues to expand." Fr Quijano also notes that "the inhabitants are worried because so far the government has not taken action and there seems to be new spills."

The people of the jungle live from what nature provides them, in harmony with Creation, without polluting anything. They live on the water of the river and fish. "This is why the whole population has been alerted, because the rivers are polluted. I think the damage is immense. Our people are drinking contaminated water and eating poisoned fish," continues Fr Quijano.

More than 30 years ago, the Salesian missionary Fr Luigi (Luis) Bolla, in his writings, reported that the oil companies operating in those areas "have caused the pollution of rivers, fields and much more. This is a scandal ... The damage was very serious and its consequences continue today." And this denunciation remains current even after many years.

"In June," continues Fr Quijano, "we met with representatives of five oil companies and we expected the presence of the highest state authorities, but they did not arrive. The indigenous peoples have not accepted the Minister's absence, because it is they who have to make the decisions and so the relations have been interrupted, no meeting has been held and no decisions have been taken."

And again in June some cracks in the pipes carrying oil had already been reported, without any remedy being made. "The quantity of oil has reached the waters of the Marañón river, the source of life for animals and communities, and I have seen black spots descend and flow on the water, giving off a very bad smell."

"I can affirm categorically," the religious concludes, "that the river is polluted. We are condemned to a slow death and there is no authority worrying about us. Our people are eating lead. Fish and animals are contaminated. Governments have forgotten the poorest."