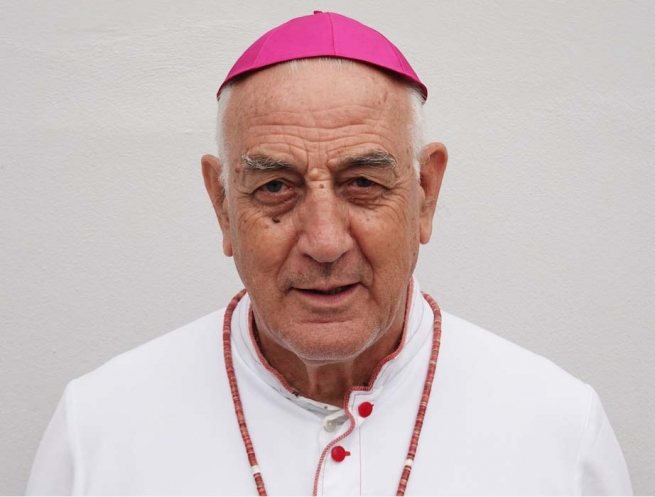 (ANS - Port Moresby) - "During my visits to our communities in the Decanate of Pomio, individuals and groups of people have repeatedly asked me to speak for them, to speak on behalf of those who have no voice ... The problems in question are not easy to resolve, but I have always believed that with good will and dialogue a solution for the common good was possible ... A solution, that is, of solidarity based on a preferential option for the poorest of our brothers and sisters." With these words of a true Salesian, last Friday, 5 July, Msgr. Francesco Panfilo, SDB, archbishop of Rabaul, Papua New Guinea, introduced his speech to the Institute of Catholic Theology of Bomana, at Port Moresby, in which he illustrated the advocacy action carried out by his archdiocese towards the indigenous population of Pomio.

In the district of Pomio, near the province of New Britannia East of Papua New Guinea, for years the indigenous peoples have been in contention with palm oil producing companies.

"In the fifth chapter of Laudato Sì," explained mgr. Panfilo, "is stated what needs to be done about entrepreneurial initiatives and large projects that concern the territory. In this case, it is stated 'it is essential to pay special attention to the aboriginal communities with their cultural traditions' which are not just 'a minority among others, but rather must become the main interlocutors, especially when they proceed with large projects affecting their spaces'"(cit. LS 146).

The Salesian prelate also recalled that for Pope Francis "an environmental impact study should not be successive to the elaboration of a productive project", but rather "must be connected with the analysis of working conditions and possible effects on physical and mental health of people, on the local economy, on security" (cit. LS. 183).

"Unfortunately," continued the embittered archbishop of Rabaul, "what Pope Francis proposed did not happen in projects for the extraction of palm oil in the area of ​​West Pomio."

This has caused resentment and divisions within native communities and even within households. "And there have been episodes of violence," said the Salesian prelate.

Faced with all this, Msgr. Panfilo, with his collaborators, has not been idle. And last Friday he said: "I did my best. I wrote to some political leaders and talked to them; I met individuals and groups on both sides of the problem. In the end, I came to the conclusion that the solution can be found in a new land-use concession contract which, even if it occurs after the environmental impact has already taken place, could still lead to genuine development and improvement integral to the quality of human life."

For this reason, the Salesian bishop concluded, "the archdiocese of Rabaul is committed to contributing to reaching a broad consensus in the Sigite Mukus Palm Oil Project through the renegotiation of the agreement on which the project is based, to ensure fair benefits for all the parties concerned and adequate environmental protection."