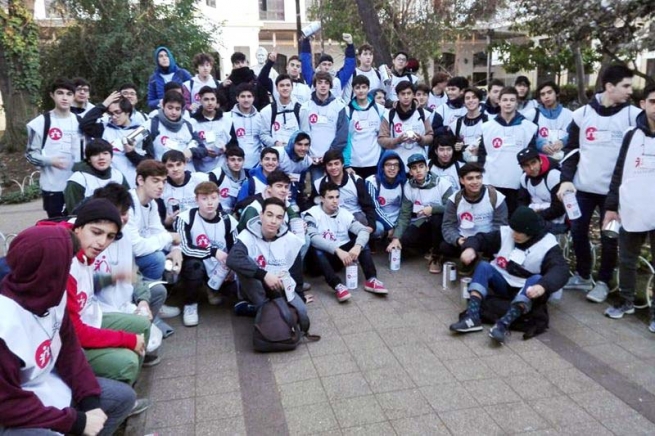 (ANS - Santiago) - According to a study by the Ministry of Social Development and the Family, "at the end of 2018 there were 547 children and adolescents living or having lived in a street situation during the last year." In this matter, the Minister for Social Development, Alfredo Moreno, also said that "it is very difficult to remove all the people from the street, but with children it must be done absolutely." The "Fundación Don Bosco" of Chile works and is committed precisely to these children.

No project can be carried out without sensitizing the population and without the help of individuals and society as a whole. "Children who find themselves in street situations are children who have a history of great victimization, violence and abuse. Therefore, they are children who often have found no other answer than to escape from their homes or even from child protection centers, which have failed to solve their problems," explained specialist Lorena Contreras.

And it is indeed to listen to the testimonies of people who are committed to the disadvantaged, from the area of Alto Hospicio to Punta Arenas, that the 2019 edition of the National Collection of the "Fundación Don Bosco" was held on 5 and 6 July. An activity, born in 1998, which seeks to give continuity to those projects aimed at giving new opportunities to children, young people and adults in street situations.

Festivals and lotteries were some of the activities carried out for fundraising, as a preamble to this initiative launched in June within the Salesian Schools Network, to which was added the "José Miguel Infante" school of the Institute of the Daughters of Mary Help.

Over 2,000 girls and young volunteers subsequently had the mission to motivate the collaboration of ordinary people, mobilizing themselves in numerous cities throughout the country. Suffice it to say that they were present in over 80% of the subway stations in Santiago!

The 2019 National Collection tries to tackle an increasingly evident problem in the country. According to a study carried out in 2018 by the Chilean government, the problem is within the family unit. A reality welcomed by the "Fundación Don Bosco", which in its own projects in addition to offering food and lodging, also offers psychological and psychiatric assistance, both to children and to their parents, with the aim of strengthening family ties and reintegration.

Thanks to the collaboration and commitment of so many collaborating people and institutions, the "Fundación Don Bosco" follows 191 street children, with a systematic and professional support that offers children programs and varied initiatives so that they can leave the streets. In addition, children are offered prevention, rehabilitation, support and training programs that benefit a total of over a thousand people.