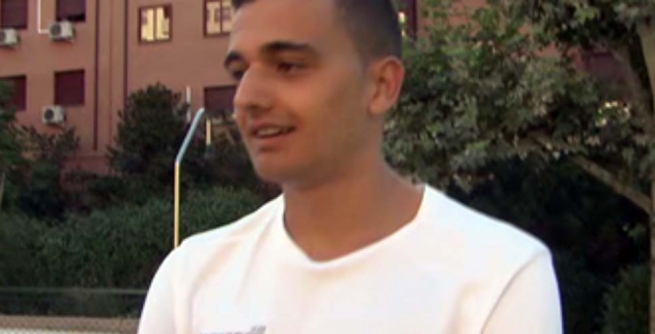 (ANS - Madrid) – It's around 4:00 pm. 15 July. The thermometer is well over 30° C. The scene is the usual setting at this time of the year: a child slips into the neighborhood pool – in this case, in Vicálvaro, Madrid. After some time in the water, the boy begins to feel sick. The lifeguard, Alejandro Cuenca, notices the child no longer moves in the water and dives in without hesitation to save the boy.

Word is out that the minor is in danger. Alejandro had in fact noticed something strange when the child first entered the pool. "I realized that he had been in the water for more than 5 seconds, he wasn't diving, and he wasn't doing anything. I approached and then dove towards him. He was unconscious, his eyes wide and his mouth full of foam," Alejandro told Telemadrid. The young lifeguard remains calm and practices Cardiopulmonary Resuscitation (CPR) on the child.

It's now 4:20 pm and at the 112 Emergency Center doctors have already received warning that there is a child who seems to have drowned. When the ambulance of the Medical Emergency Service of Madrid (SUMMA) arrives at the pool, it practically has nothing to do: the child is alive,  has come out of cardiorespiratory arrest thanks to Alejandro's actions. However, the medical staff decide to stabilize the child and take him to the hospital.

The protagonist of this venture was Alejandro Cuenca, 20, a Salesian student, who is currently attending the Higher Vocational Training Course - Social-Sports Teaching and Animation - at the Salesian Institute "Domingo Savio" in Madrid, a center he has been attending since Basic Vocational Training.

Recalling what he did in an interview with Telemadrid, Alejandro talked about the importance of training in these cases. However, his wish is not to have to behave like a hero again: "It's the first time in my life and I hope it's the last time, that it never happens to me again."

According to the Emergency Service of the Community of Madrid, "Alejandro's intervention was providential because he managed to reverse the cardio-circulatory arrest thanks to his speed and his professionalism."