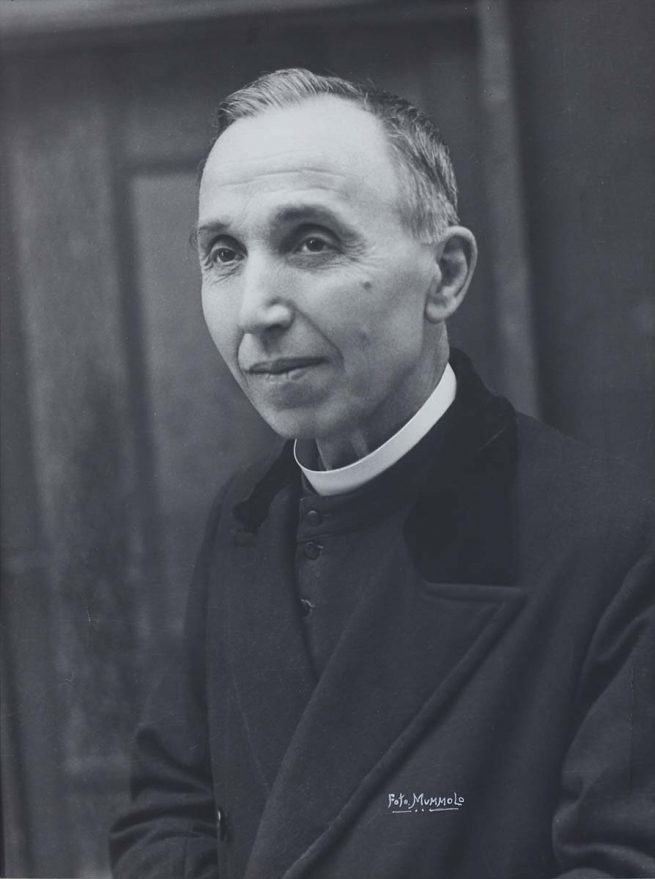 (ANS - Vatican City) - The Positio super Vita, Virtutibus et Fama Sanctitatis of the Servant of God Felice Canelli, priest of the Diocese of San Severo (Foggia-Italy), was delivered to the Congregation for the Causes of Saints on Friday 19 July 2019, his Cause of Beatification being followed by the Salesian Postulation.

The "Positio", which presents all the documentary and testatory evidence relating to the virtuous life of the Servant of God in an articulated and in-depth manner, will now be examined by the Theological Consultors of the Congregation for the Causes of Saints.

Fr Canelli was born in San Severo (Foggia, Italy) on 14 October 1880 from a very poor family. In 1886 he was orphaned by a father, entered the seminary in 1892 and was ordained a priest on 6 June 1903. In a difficult time for the Church and the Catholic faith, he chose to be "a true priest", poor and indefatigable, a living sign of Jesus among the forgotten, the sick, the popular masses burned by hunger and instigated by the enemies of the Church, the landowners and the bourgeois clergy.

Spiritually attracted by St. Francis of Assisi and St. Vincent de Paul, in 1905 he met the Salesian charism, which he made his own right up until his death. Highly regarded by his Superiors, he was the diocesan director of the Salesian Cooperators and spiritual guide and father of the Past Pupils, Salesians and Daughters of Mary Help of Christians. By the people he was considered "Don Bosco redux" and a little St Vincent for his great love for young people and the poor. He made the Salesian charism the lever for the diocese's renewal.

With the past pupils and adults of the Salesian work, he constituted the propelling nucleus of the diocesan lay associations - in the ecclesial, educational, welfare and political spheres - under the banner of Rerum Novarum.

A profoundly Eucharistic and Trinitarian soul, he was a priest who was perpetually reaching out, "outgoing", and of the peripheries. From 1 May 1927 and almost uninterruptedly until his death, he was pastor of Croce Santa in San Severo, almost a land of first evangelization. With a paternal and familiar style, a virtuous life and the fervor of apostolic works, he became close to the people, helping them with their primary needs to bring them nearer to the Lord.

He died on 23 November 1977 in San Severo at the age of 97, after having recited the Glory be to the Father.