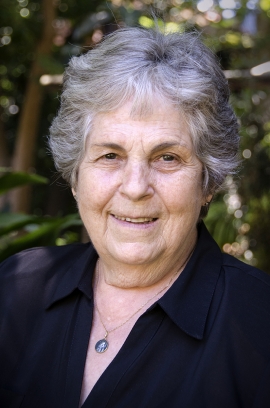 (ANS - Montevideo) - Maria Auxiliadora Delgado, wife of President Tabaré Vázquez and First Lady of Uruguay, passed away due to a heart attack on Tuesday 30 July, at the age of 82 years. Fr Alfonso Bauer, Salesian Provincial, sent his condolences for the loss of a great woman and excellent wife, born educator and "woman of faith and very devoted to Mary Most Holy, whose company she is surely enjoying in Heaven now."

In 2016 Maria Auxiliadora Delgado de Vázquez granted the second interview of her life to the Salesian Bulletin, opening the doors of her home and her private life. She said she had always been grateful to her parents for the moral and spiritual inheritance received; she revealed the fundamental pillars of the 50 years lived next to the one who today is the President of the Uruguayans, a man with whom she forged a family of 4 children and 11 grandchildren. It was in Salesian circles that Tabaré Vázquez met her and since began a long history of life together.

She was always and for all "Mary", even for her collaborators, and began to be called by her full name, "Maria Auxiliadora", when she and her husband entered politics.

When asked to put her multiple roles in order of importance, she declared without hesitation that in that period of her life she was "wife, first of all, then grandmother and then mother" and confessed that her children would complain and say: "old lady, you're more devoted to your grandchildren than to us." And yet, she replied that they had no great needs to refer to her: "They know that if they need me, I am there. I don't think I've ever disappointed any of them. I have never ceased to be present, even in times of much work."

She stated that the secret to cultivating good relationships with children - which she recommended to today's parents and grandparents - lay in several simple ingredients: “always stay close to them, listen to them a lot, respect them, know how to understand them and put brakes and limits on them, but always with affection.”

"We join the grief of the President and his family, shared by all of Uruguay, for the death of his wife. A woman who knew how to give a beautiful testimony of faith, love for her family and a compassionate heart towards the humble," said Salesian cardinal Daniel Sturla, archbishop of Montevideo.