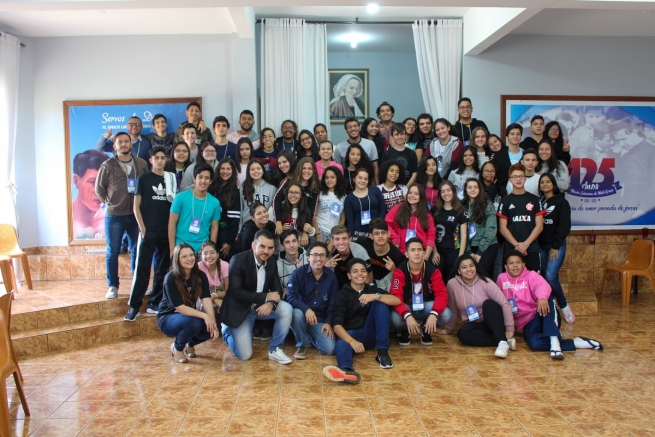 (ANS – Corumbá) – “In different contexts, among the different types of youth groups of the Youth Ministry – states the Manual of the Provincial Delegate for Missionary Animation – there are groups that keep the missionary flame in the youth and ecclesial community alive; it is a dimension corresponding to everyone.” In fact, the missionary flame is born and grows in the groups, but it is formed on the basis of the sacrifice and dedication of the provincial and local animators of each province. This is also the case of the new youth animators who have trained at the Missionary School of Corumbá.

During four days of formation and sharing the young animators had the opportunity to study, pray, sing, celebrate, meditate and exchange many experiences among themselves. One of the fundamental experiences was the presentation of the theme of holiness. “It's all very beautiful, especially because sanctity was made for young people,” said Luis Felipe de Jesús, student of the “Cidade Dom Bosco” center in Corumbá.

Rafael Gustavo Lopes, SDB, presented the theme, based on the 2019 Strenna. According to him, young people today are “thirsty to live holiness, and it is perfectly possible to reach it, to be cheerful, optimistic and fulfilling one's duties, be a good son, a good friend, a good father, a good teacher, in the places where we live daily,” he said.

The participants in the “Exchange between Animators” were also able to attend several workshops and the result was technical formation in the main areas of action of young people in pastoral groups in schools. “I learned to be an animator and to participate in a group,” said Gabriela Souza Szablewiski, 15 years old. She adds, “Some of these meetings were formed to train other young people.”

The strongest moments of the meeting, according to the young people, were the Eucharistic celebrations, the Lectio Divina, the recitation of the Enlightened Rosary and the Adoration of the Blessed Sacrament.

The Provincial Delegate for Youth Ministry - Educational-Cultural Dimension (Schools), as well as Director of the Salesian Institute “St Antonio”, Fr Hermgilenedo Conceição da Silva, considers the results of this meeting to be positive. “I think it was a very special moment for young people, educators and Salesians.”

The experience of the “Exchange between Animators” is an ancient tradition of the Brazilian Campo Grande  Province – a Province that in this 2019 celebrates 125 years of history. According to Fr Wagner Galvão, Provincial Delegate for Youth Ministry, “the school is the place where education and evangelization take place, the place where Salesians have the opportunity to lead many young people to God.” And the Exchange between Animators is a special moment to bring together young animators in order to evangelize other young people.