Spain - Educating on the stage 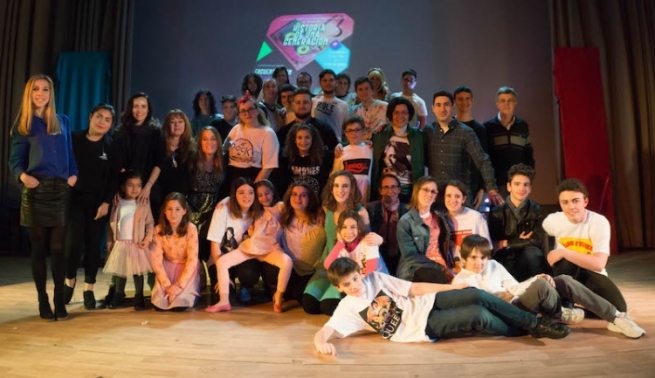 (ANS - Pamplona) - This last year the Theater Group of the Salesians of Pamplona has completed ten years of activity: a path full of positive moments, where theater was experienced in an educational and evangelizing key that has always been protagonist.

The theater's magic has appeared on its stage in all its splendor. Actresses like Carmen Gutiérrez, Ana Turpin, Alejandra Torray or Virginia Sofía came as guests to speak to the aspiring young professionals of the theater world and made a few cameo appearances in several shows.

Marta Robles, Julia Varela and Alberto Vázquez gave voice to poems heard in several musicals; while the world of politics was present via the collaborations of Carmen Alba or Elma Saíz, former delegates of the Government of Navarre.

The representations of "Hamlet", "Le Médecin malgré lui", "The House of Bernarda Alba", and other similar classics, were represented by the “Group of Majors”, born to host those young people who wanted to continue doing theater.

As an instrument of pedagogy, in these ten years the theater has worked educational miracles in many boys and girls, with many who have felt welcomed, appreciated and who have overcome their fears: an educational commitment that, with and in the Salesian style, always gives the expected results.

From the very first performances, the Salesians of Pamplona have tried to transmit values that reached the hearts of the young people and adults who brought them to the stage.

This year the Pamplona community also says its farewell to the beloved theater, which has been home to many young people for 10 years. In fact, next year, Sarriguren's will be used. The stage changes, but the spirit remains the same: the theater as a pedagogical tool for the good of young people and their integral education, just as Don Bosco wanted.