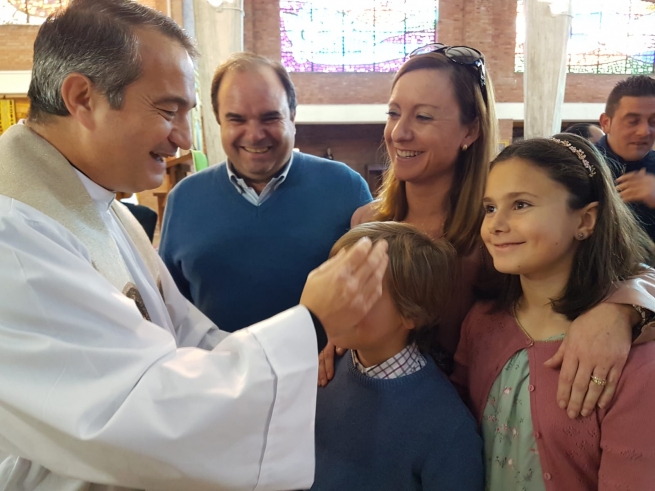 (ANS - Algeciras) – Recently announced was the news of the Holy See's request to the Salesian Congregation making Fr Miguel Ángel Ruiz Espínola, a Salesian, a new member of the Secretariat of State in the Apostolic Palace in the Vatican. From September, he will begin his new task in the service of the universal Church and of Pope Francis, thanks to his background and his canonical and juridical formation. "It is a new mission in my missionary vocation. For me it is an honor."

Fr Miguel Ángel told a Cadena Cope program that he is very happy for this new adventure that will take him to the Vatican. "Like many things in my life, this too was a surprise," he said. Fr Miguel said that this is "an honor and not a promotion" and that he will face it as a new mission entrusted to him by the universal Church, like going to Pakistan, Kenya or Algeciras.

"As a Salesian and missionary priest, I am very proud to be able to collaborate so closely with the Pope in the service of the Church. This is the first thing that came to my mind when I received the e-mail informing me of this request from the State Secretariat. I served as a missionary ad gentes, a service also in Spain as a parish priest, and now the Church and the Congregation ask me for a new service in the Vatican as a collaborator of the Pope in the Secretariat of State. We are all at the service of the Church and we Salesians know it, above all because this is what Don Bosco taught us and instilled in us: when the Pope calls, we Salesians answer always. It is an honor and a source of pride to accept this new obedience that the Congregation and the Church ask for," he said.

He also explained that "our charisma is more relevant today than ever. Young people are waiting and they are waiting for us ... Don Bosco would like us to be on the border, to open ourselves to new experiences to meet young people. If we don't, who in the Church will?"

Fr Miguel Ángel Ruiz Espínola was born in 1972. In September 1996 he attended a missionary course in Rome. Ordained in 2000, he spent two years in the jungle in the southern Philippines, awaiting a missionary visa for Pakistan. The latter was his most important task to date.