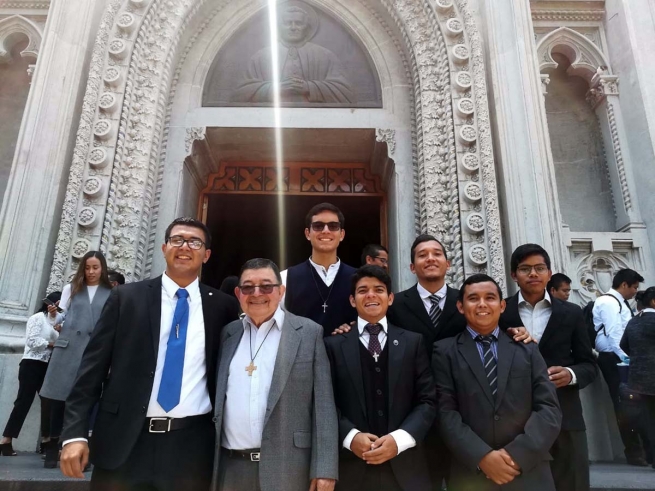 (ANS - Coacalco) - For several years now, the Church and the Salesian Congregation, taking into account the complex situation and cultural, social and economic transformations, have been reflecting on the "re-qualifying" and "restructuring" of Salesian works at the service of young people. And, since it has been categorically stated that: "it's not so much the maintenance of structures per se as their educational validity, the social significance and evangelical efficacy that count", some Provinces are immersing themselves in this complex change. This "restructuring of works" plan, promoted by the Congregation, has a clear model of execution in the houses of formation of the Interamerica Region.

The Formation Department has concentrated the phases of formation starting from the novitiate. Due also to a greater wealth and a greater number of young people in formation, Salesian formators from various countries come together in the creation of "interprovincial" formation houses. In this manner a climate of interculturality and globalization is created within the Congregation.

As the Rector Major, Fr Ángel Fernández Artime, has repeatedly stated, the houses of formation are of and for the Congregation. "Our Salesian life, by personal choice, no longer belongs to us. I don't want it for myself. I want it to be given where there is a need for me, here today, and tomorrow as a missionary. We distinguish ourselves for our educational and evangelizing passion for young people," emphasized the Rector Major.

Since 2012, the Salesian Province of Central America has lived the formative experience in the Novitiate of La Ceja, Medellín, Colombia. The last group, consisting of 8 people, will end their novitiate year in January 2020.

In the 2018 meeting of Provincials the locations for the formative stages of the novitiates, post-novitiates and studentates of Theology of the Interamerica Region were also defined; thus, they decided that the novitiate of Coacalco, Mexico, would be the home of the novices of Mexico, Central America, the Antilles and Haiti.

This is why, from 4 August this year, 6 novices have started a new experience in Mexico. An experience that requires a change of mentality.

Today, like yesterday, God continues to call upon generous young people and it is necessary to accompany them so that they can do the will of God.