Kenya – World Confederation of Past Pupils focusing on Africa 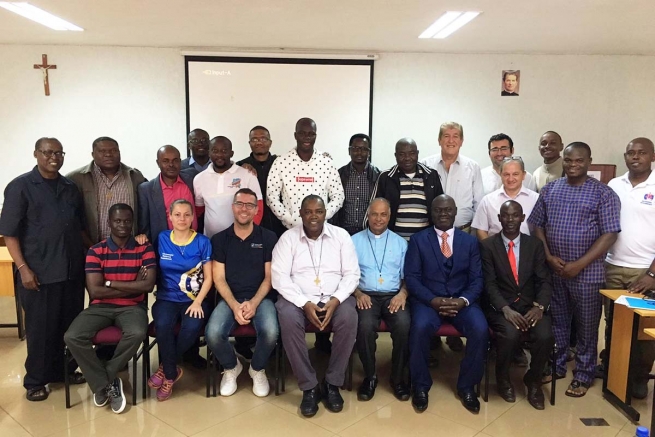 (ANS - Nairobi) – For the first time, the World Presidency members of Don Bosco Past Pupils organized their annual meeting in Africa. The meeting was held in the conference hall of the “Don Bosco Youth Educational Services” (DBYES) in Nairobi from 27 to 30 August, and was followed by a meeting with the heads of various Provinces from 31 August to 2 September.

The meeting was chaired by Michal Hort, President of the Confederation, accompanied by the world delegate, Fr Raphael Jayapalan. The work focused on the preparation for the 150th anniversary of the first Past Pupils' meeting, on reflections on the process "Which Past Pupil for the 21st Century?", and on the review of each of the projects included in the strategic plan of the World Confederation of Past Pupils of Don Bosco.

Accompanied by Fr Américo Chaquisse, Regional Councilor for Africa-Madagascar, members of the current Presidency took advantage of their visit to Nairobi to meet with National Presidents and Salesians Delegates for the Past Pupils of Don Bosco in Africa.

The representatives of Africa committed themselves to working for the consolidation of the associative structures in their respective countries and to ensure that the Young Past Pupils are included in their respective Local Unions. They also reaffirmed their commitment as part of the Salesian Family to "work for young people, especially those in situations of poverty and social exclusion."

The Past Pupils of Don Bosco are preparing to celebrate the 150th anniversary of their foundation, and within the next jubilee year (2020-2021), various local and national activities will be organized throughout Africa to boost the movement in the region.

The meeting was attended by representatives of 11 African countries, several directors for the coordination and animation of Past Pupils, members of the World Presidency of the Past Pupils and the Salesian Provincial of East Africa, Fr Simon Asira Lipuku.