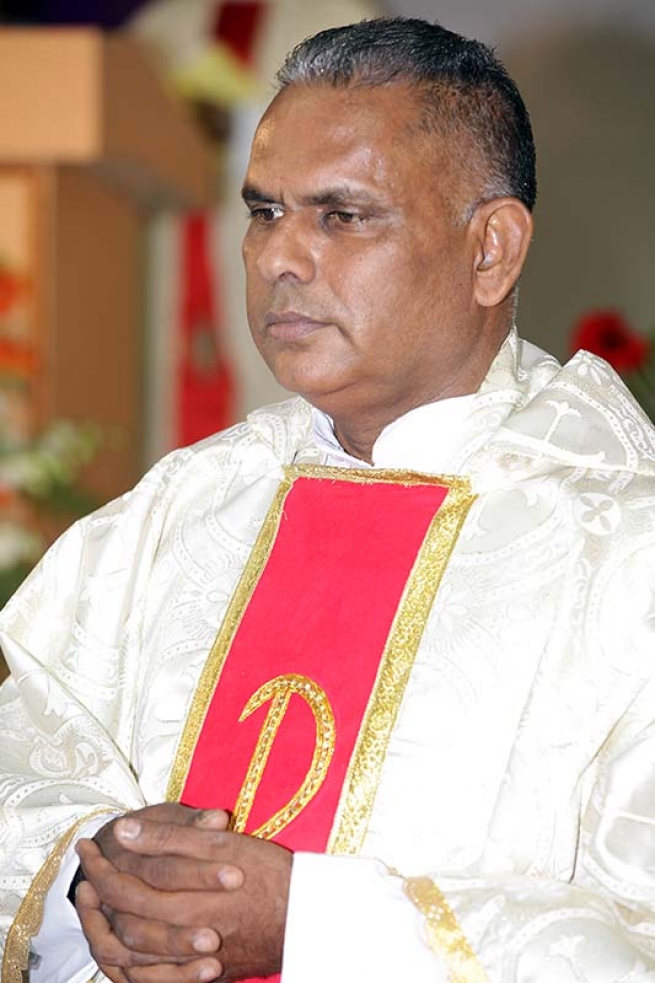 (ANS - Tiruchy) - With deep sorrow, the Salesian Province of India-Tiruchy (INT) announced that in the early hours of September 11, Fr Antony Joseph, who held the post of INT Provincial, suddenly passed away.

Fr Joseph had been ill for some days and in intensive care since the end of August. Despite all the care given, the doctors at Trichy's "Kavery" hospital declared him dead at 4:15 am.

Fr Joseph was a native of Thennur, where he was born on 23 July 1964. He had his first contact with the Salesians at the "Don Bosco" school in Varadarajanpet, in 1974; after completing his novitiate in Kotagiri between 1982 and 1983, he made his perpetual vows on 4 June 1990 in Tirupattur, and was ordained a priest on 29 December 1996 in Madurai.

Before being appointed INT Provincial in 2017, he had already held the office of Provincial Economer for the Province, from 2002 to 2011.

Today, at 1 pm local time, the Salesians and members of the Salesian Family from the Trichy area will meet for a suffrage Mass. The funeral is scheduled for tomorrow, 12 September, at 11 am