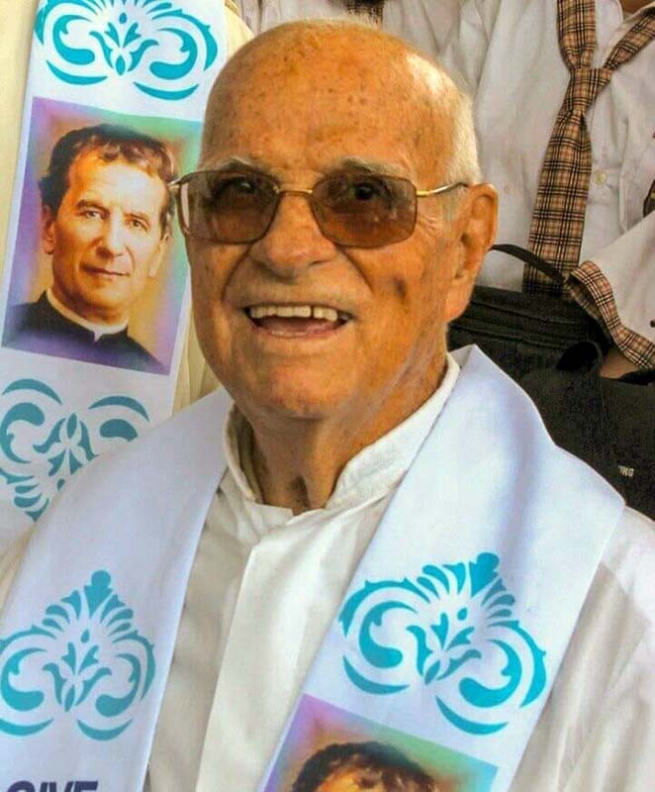 (ANS - Dili) - Fr João Pires de Deus, the oldest Salesian of the East Timor Vice Province, died Sunday 22 September at the age of 91, after 61 years of missionary life spent in East Timor and 53 as a Salesian.

Fr João de Deus was born in Mirandela, Bragança, Portugal, on April 15, 1928. In 1958 he was sent to East Timor, where he remained until his death. Here, in 1963 he founded the "Fatumaka Technical School of Agriculture" and supported the development of Catholic missions in Baucau.

In 1975, with the civil war raging, the Portuguese government ordered the immediate evacuation of all Catholic missionaries from East Timor, but Fr João de Deus decided to stay in the country, despite the risks and dangers he was running.

In that year he was captured by the Indonesians and was released only a few weeks later.

After the dismantling of the bases in 1978, the Catholic Church was the only institution that remained with the population during the Indonesian occupation. To support the resistance, the Portuguese missionaries built orphanages in Baguia, Laga and Quelicai, which welcomed war orphans. When East Timor gained independence, Fr João remained there and continued to support the local population.

In 2012 he was awarded the Medal of the Order "Martinho Lopes", an order created by the State to recognize the contribution of the Catholic Church in the national liberation of East Timor and to offer thanks for the support and closeness to the local population.

Francisco Guterres, President of the Democratic Republic of East Timor, personally offered his last farewell to Fr João de Deus, going to the Chapel of Don Bosco in Comoro.

On behalf of the whole State, the President expressed the greatest gratitude for the contribution that Fr João had made for national independence. President Guterres then signed a presidential decree, published yesterday, 24 September, where he once again expresses his thanks for what Fr João de Deus did in the most difficult years for the country.

The East Timorese Head of State then brought his condolences to the Salesian Family for this great loss.