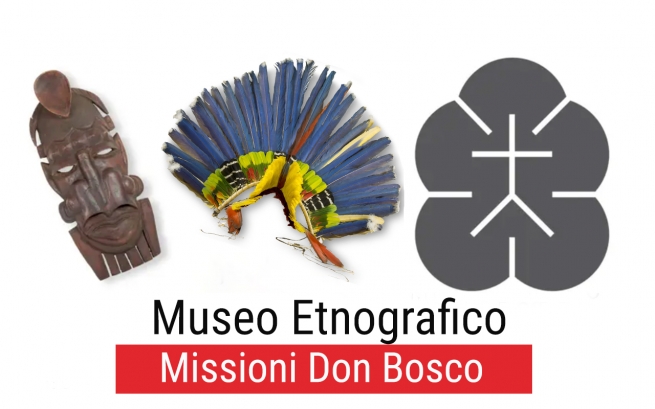 (ANS - Turin) - On the eve of the 150th departure of Salesian missionaries from Turin, the Missioni Don Bosco Ethnographic Museum is soon to be inaugurated. Wanted and designed to make the knowledge of the missionary world increasingly accessible to the pilgrims of Valdocco, the museum is located in the building next to the Basilica of Mary Help of Christians. It constitutes an original showpiece of Turin's international dimension and is a scientifically relevant warehouse of the culture of the native peoples from across the globe.

On 28 September at 2:00 pm the Rector Major of the Salesians, Fr Ángel Fernández Artime, will bless this new space with the participation of 17 provincials from all over the world, 13 missionaries returned for refresher courses in Italy and 36 new starters. With them the president of Missioni Don Bosco, Giampietro Pettenon.

"This small museum tells of a meeting," explains Elisabetta Gatto, ethnologist and curator for the Don Bosco Missions of the new cultural space, "the one between the Salesian missionaries and several populations with whom, starting with the first expedition to Patagonia in 1875, they entered in contact. Testimony of this meeting are the objects that the missionaries brought to Italy and which are part of the collections of the Ethnological Missionary Museum of Colle Don Bosco."

Exhibited visitors shall find tools, furniture, clothes, ornaments, fruit of the creativity with which the different human groups have been able to adapt to the environment, transforming the resources available for the needs of everyday life and for the realization of cultural and ritual practices.

The museum map is designed by geographical area; it is possible to deepen the visit by choosing the thematic itineraries by subject, available in the audio guides.

Far from wanting to be exhaustive about the widespread presence of Salesian missions in the world, this museum space is a showcase of the most significant Salesian presences alongside indigenous peoples and for the protection of different cultural traditions.

The itinerary begins with Patagonia and Tierra del Fuego, destinations of the first Salesian missionary expedition in 1875. The exhibits are an important testimony of cultures and populations now extinct; the artifacts collected by Fr Borgatello in 1911 and Fr De Agostini in 1932 can be considered unique pieces today.

It continues with the Shuar of Ecuador (of note the especially significant work of Father Bolla), with the Yanomami of Venezuela (the work of Fr Cocco is precious), with the peoples of the Rio Negro, with the Bororo, the Xavante and the Carajá of the Brazil, with the Nagas of Northeast India. A showcase is dedicated to China, one to Japan, one to Oceania. The itinerary closes with two showcases dedicated to the African continent.

The museum opens up to the contemporary thanks to the documentation contained in the maxi-screen that testifies the current commitment of the Salesian missionaries in the world in favor of the most disadvantaged and those most in need of help. The visitor will be able to explore some realities of Salesian presences in the five continents through a monitor, also told through short videos and photographs.