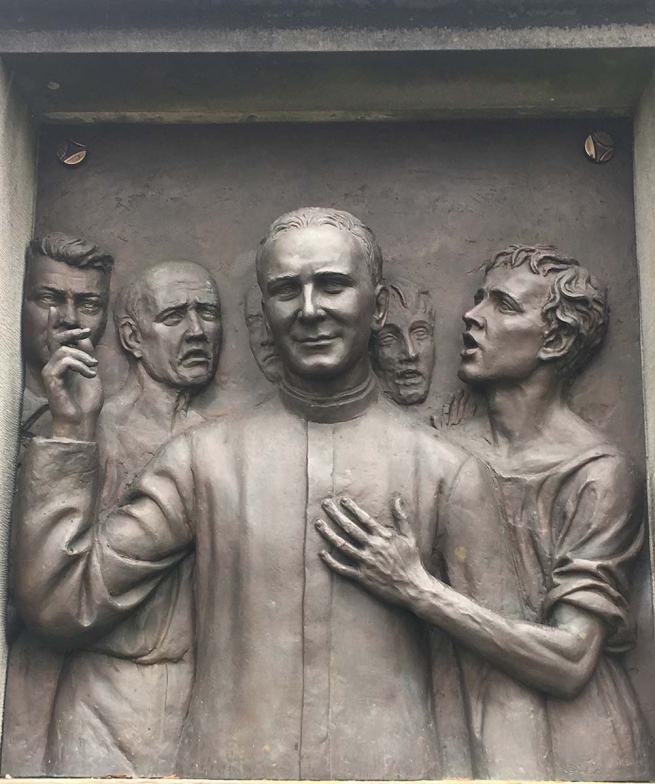 (ANS - Rome) - One of the most brutal massacres carried out by the Nazi SS in Europe during the Second World War was that consummated around Monte Sole, in the territories of Marzabotto, Grizzana Morandi and Monzuno, commonly known as the "Massacre of Marzabotto" (Bologna). Among the victims there were several priests and religious, including Salesian Fr Elia Comini. October 1st marks the 75th anniversary of his martyrdom.

The Servant of God Fr Elia Comini was born in the locality of "Madonna del Bosco" of Calvenzano di Vergato (Bologna) on 7 May 1910. Very young, Mons. Fidenzio Mellini, a former student of Don Bosco in Turin, directed him to the Salesians of Finale Emilia. Novice on 1 October 1925, he made his first profession on 3 October 1926 and was perpetually professed on 8 May 1931. Ordained a priest in Brescia on 16 March 1935, the Servant of God lived in Salesian houses in Chiari (in the province of Brescia, until 1941) and in Treviglio (in the province of Bergamo, from 1941 to 1944), and stands out as a good teacher of humanities and a solid, certain reference for many young people. In summer, in agreement with his superiors, Fr Elia returns to the Bolognese Apennines - in Salvaro - to help his mother, now old and alone. Mons. Fidenzio Mellini himself helps in the pastoral care.

A hardy journey, so much so that it commits Fr Elia Comini through the extremely difficult summer of 1944. He arrives in Salvaro on 24 June. He will remain there for just over three months, until his death. He helps the population in concrete terms, in the many needs dictated by the time of war. He animates the liturgy and promotes the frequency of the sacraments, supports the consecrated and lives an intense apostolate in the exercise of all the corporal and spiritual works of mercy. He also mediates between the opposite fronts: the partisans and the Germans of the Wehrmacht. The Servant of God institutes, with the young Dehonian father Martino Capelli, a priestly fraternity that associates them in the ministry.

On 29 September 1944 morning, Fr Elia and Fr Martino Capelli rushed towards the "Creda", a settlement where the SS of the Sixteenth Armored Division had just committed a massacre: stoles, holy oils and techa clearly identify them as priests in the exercise of their ministry of comfort to the dying. Regardless, they were captured, stripped of priestly insignia, used as beasts of burden in the transport of ammunition; thus began their triduum of passion. From the very beginning, Fr Elia is convinced that he is destined to die; nonetheless, is close to the prisoners (a few hundred raked into one same space), always ready to comfort, help, and finally absolve. The different mediations with which they try to save him fail, while he intercedes for everyone.

On the evening of October 1, 1944, he was killed together with Father Martino and the group of the "incapacitated" - despite being young and able to work - at the "Botte" of the hemp field of Pioppe di Salvaro at the end of a surreal liturgy in which the SS had the prisoners paraded on a catwalk before mowing them down with machine gun fire: he, chanting the Litanies and finally shouting "Pietà!", had transformed it into a prayerful advance towards Heaven. Shortly before his death, a German soldier violently strikes his hands and his breviary falls between the bodies. In the impossibility of recovering the bodies, the river grids will be subsequently opened and the impetuous current of the river Reno will forever carry away those poor remains, already consumed and become "earth". In the moments of execution, the body of Fr Elia Comini had protected one of the only three survivors of the "Botte" massacre.

Fr Elia Comini is immediately associated with a reputation for martyrdom, thanks to which his previous holy life is also re-read in a light of new awareness. He is a witness to the charity of the Good Shepherd who watches over the flock, ready to give his life for it, in defense of the weak and the innocent.