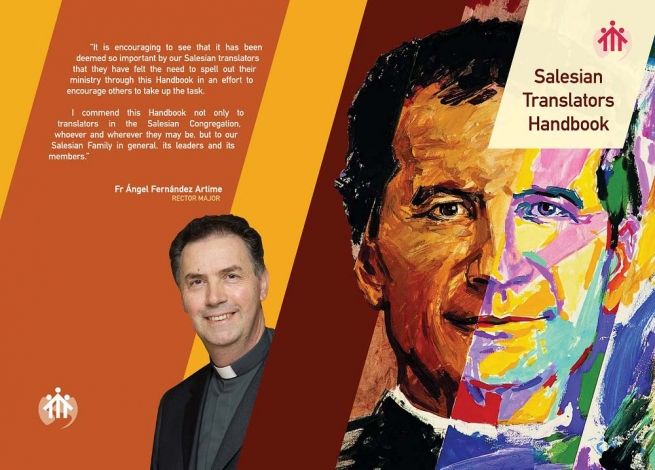 Long overdue, this publication is now being distributed among Salesian translators in the East Asia-Oceania Region and beyond. This is an important document for Salesian history, since it is the first manual designed specifically for translators. The manual came out just in time for the feast of Saint Jerome, which occurs on September 30 and which coincides with the International Day of Translators, called by the United Nations.

The manual consists of 5 chapters, named as follows:
1. Introduction
2. The Salesian Translator
3. The key processes of translation
4. The post-translation process
5. Appendices

One of the most significant parts of the entire manual is, without doubt, the introductory note by the Rector Major, Fr Ángel Fernández Artime. Simple and encouraging words, which reach Salesian translators from all over the world.

"Five years ago," writes the Rector Major, "when some translators from the East Asia-Oceania Region met in K'Long in Vietnam, I remember telling them how happy I was with initiatives like these, which are the result of a deep and rich vision. Those Salesians, men and women, have planted a seed."

The process that led to the writing of this manual was long and complex, required a lot of commitment on the part of the authors and it took several consultations before it actually saw the light. But it was really necessary to continue spreading the charism of Don Bosco throughout the world.

"Translation is important. It has been for the Church for over two millennia and it is so for our Congregation," the Rector Major writes. "It is important for society as a whole, especially in a globalized world like ours. The United Nations, from 2017, have adopted the Feast of St. Jerome, Patron Saint of Translators, as 'International Day of Translators'. It is encouraging to see that our Salesian translators have deemed this role so important, so much so as to want to explain their work through this Manual, in an attempt to encourage others to take on this task."