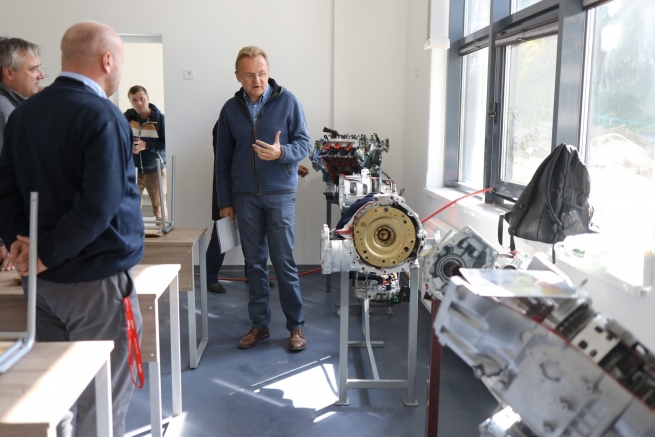 (ANS - Lviv) - The Salesian Vocational Training Center in Lviv is the only Catholic institution in Ukraine that offers the possibility of developing in children that "intelligence in the hands" of which they are carriers.

On September 26th a new vocational training course - car mechanic - was inaugurated at the center. With the help of many benefactors, the Salesians were able to build and set up workshops for which there are no competitors throughout the region. A first group of students is already in the front row to learn the trade with the unique possibility of having modern equipment available for practice.

The inauguration of the car repair department with the blessing of the first students and the rooms was presided over by Lviv's Metropolitan Archbishop Igor Voznyak. He expressed his encouragement to the young people for the possibility of studying "in a healthy environment" and his thanks to the Salesians who "are so brave and unique not to be afraid to take risks where education and a contribution to the future are concerned."

"Our commitment to the vocational school in Lviv begins in 2001. In all these years we have noticed an increase in interest in vocational training by young people. For this reason the Salesians have always tried to propose current courses in order to help children in their human, Christian and professional formation," said the director of the Center, Fr Andriy Bodnar.