RMG - Fr Lasarte, SDB: "There will be no priestly vocations in the Amazon if there are no serious processes of proclamation and evangelization" 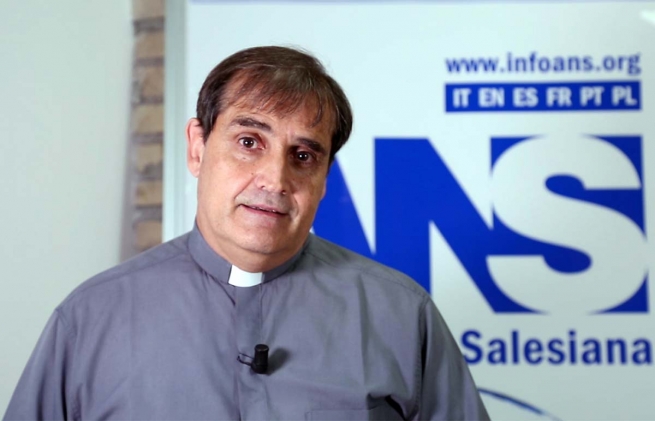 (ANS - Rome) - Fr Martín Lasarte is a Salesian missionary in Angola and he currently works in the Missions Department of the Salesian Central Office. He was appointed part of the Synod of Bishops for the Pan Amazon region, along with 14 other Salesians of Don Bosco and two Daughters of Mary Help of Christians. Only a few days remain until the beginning of this great event (6 - 27 October). During the preparation for the Synod, various fundamental aspects arose which will be strongly considered and emphasized, but "I believe it is necessary to consider some elements of great importance", said Fr Lasarte.

"I wish to highlight three elements that emerged in the questionnaires, debates and studies, which were not sufficiently present, in my opinion, in the media, nor in the documents and debates preparatory to the Synod," said Fr Lasarte.

In the first place, the theme of "Amazonian youths": "We have not asked ourselves," Fr Lasarte elaborates, "Who are they? Where are they going? How do they experience the phenomenon of globalization, urbanization and interculturality? How do they prepare to enter and interact in a complex and conflictual world? It is a theme of urgent reflection."

Secondly, the theme "Amazonian cities and migration": Since 2017, the world population is more urban than rural. The phenomenon of Amazon migration towards urban centers is a sociological observation, especially the massive migration of young people. Fr Lasarte asks, "What is the presence of the Catholic Church in the peripheries of these cities? Will we leave the people abandoned to the fragmentary proposals of the faith of the neo-Pentecostal ecclesial communities?"

Thirdly, the theme of the "processes of faith" that generate a church with an Amazonian and ministerial face. Another observation is the difficulty that has been experienced in the last fifty years, in various parts, to generate a church with an Amazonian face. In various contexts there has been a great diaconal commitment on the part of the Church.

Fr Lasarte concludes by treating one of the most discussed issues in the media: "future vocations to the priesthood", will they be married men? He answers directly that "there will be no vocations to religious and priestly life in the Amazon if there are no serious and profound processes of proclamation and evangelization in Christian communities, of contagious faith, of credible witnesses." On the subject, Pope Francis tells us: "In many places there is a lack of vocations to the priesthood and the consecrated life. This is often due to the lack of contagious apostolic zeal in the communities, which neither enthuses nor fascinates them."