RMG - GC28: Valdocco Salesians guide us to rediscovery of our roots and identity 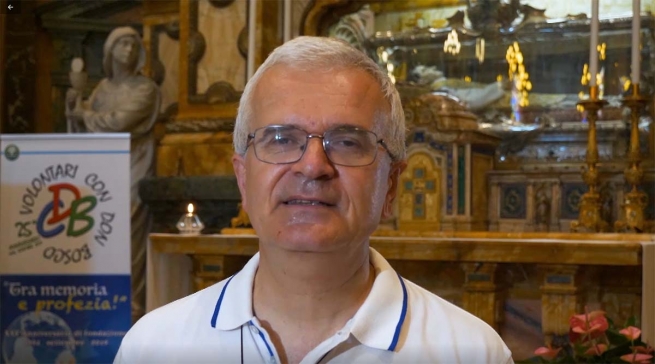 (ANS - Rome) - 135 days to go to the next General Chapter of the Salesian Congregation, which will open in Turin on 16 February 2020. The months preceding the beginning of the GC28 constitute the phase of the "Pre-Chapter", a very intense time both from an organizational and a communicative point of view. It is at this stage that the project "Interviews with the eyes of ..." is set.

This is a series of video interviews produced by ANS in collaboration with the IMEComunicazione team, in which the Salesians of Valdocco present the Mother House, which will host the GC28. With over 100 years of history behind it, Valdocco has indeed much to tell. There are so many stories, so many anecdotes and curiosities that deserve to be known across the globe. Recovering historical memory is especially important in order to rediscover our roots and our Salesian identity. Making the places of the Mother House known, from which the great dream of Don Bosco began, is thus fundamental, especially for all those members of the Salesian Family and for young people who have no way of visiting it personally.

Thus, some members of the Valdocco Community show the most significant places, telling their story and emphasizing, in particular, the symbolic value they possess. They do so, as mentioned, through videos entitled "Interviews with the eyes of ...". In the first video, Fr Enrico Lupano, responsible for the Visits of Valdocco, shows the Urn of Don Bosco of the Basilica Mary Help of Christians. "Here, all men and women come to seek a Father, a Teacher and a Friend," says Fr Enrico Lupano.

In the following weeks, then, Luigi Bacchin will talk to us about the Valdocco typography, Fr Bruno Ferrero of Don Bosco's statue, Fr Maurizio Palazzo of the organ of the Basilica of Mary Help of Christians, while Luigi Zonta will illustrate the façade. Finally, Marco Gallo, director of the Cnos-Fap Operational Office in Turin, will explain the activities of the Turin-Valdocco Vocational Training Center.

All the videos will be uploaded to ANSChannel which, on the occasion of the GC28, is renewed. It will no longer be a single channel, but 8, divided by language and geographical area. ANSChannel now includes 6 different channels, one for each official language of the Congregation: Italian, English, Spanish, French, Portuguese and Polish. To these, two other channels shall be added: one for Asia and one for Africa. In this way, it will be easier for users to find audiovisual materials in their respective languages.