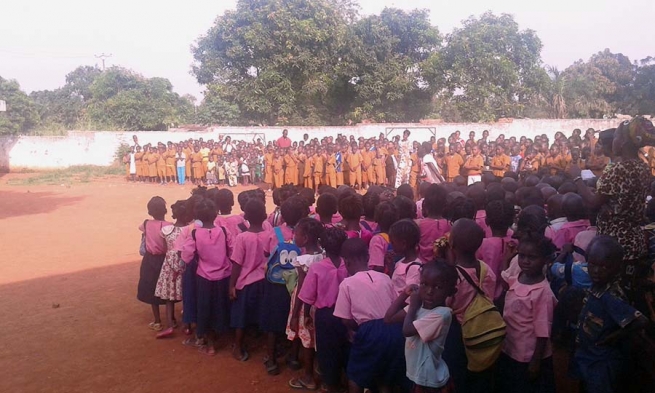 (ANS - Bangui) - The "Peace Spaces" campaign is an initiative of the Salesians to rise funds that will benefit thousands of children, adolescents and young people of the Damala and Galabadja neighbourhoods of Bangui, capital of the Central African Republic. The situation in the country remains difficult, but the Salesians have decided to continue their educational service, even if the problems do not stem only from the lack of economic resources, but above all from the violence. The complaints of abuse suffered by hundreds of girls continue, but education cannot wait so they have started to raise funds to create "Peace Spaces”.

Thanks to the donations received it was possible to reach the target and the amount reaised came to over one hundred thousand euro, which will help the centres to resume training, helping young people who have been most affected by the war. The goal has always been to "seek to minimize the negative effects of the social crisis that this conflict is creating for future generations."

Thanks to all the donations a number of projects have been launched and others are still being launched. Generators have been provided for the school and vocational training centre in Damala and an accumulator system was installed to prevent power outages. A hundred burses have been provided to lower the cost of educational materials, footwear, clothing and basic food products and 110 scholarships were awarded for the professional training of young people. They have repaired all the damage that was done in the school, the vocational training centre and youth centre during the war because of shootings, explosions, assaults and by the presence of thousands of refugees that were accommodated there.

The support received also helped in the training of all the educational staff and in providing psychological assistance for children affected by war, and it was possible to offer a new training course for drivers of vehicles who are in great demand in the country.

There is still a lot of work, but all beneficiaries of the project can already see their educational centres as places where life has some kind of normalcy and where they find opportunities for the future.