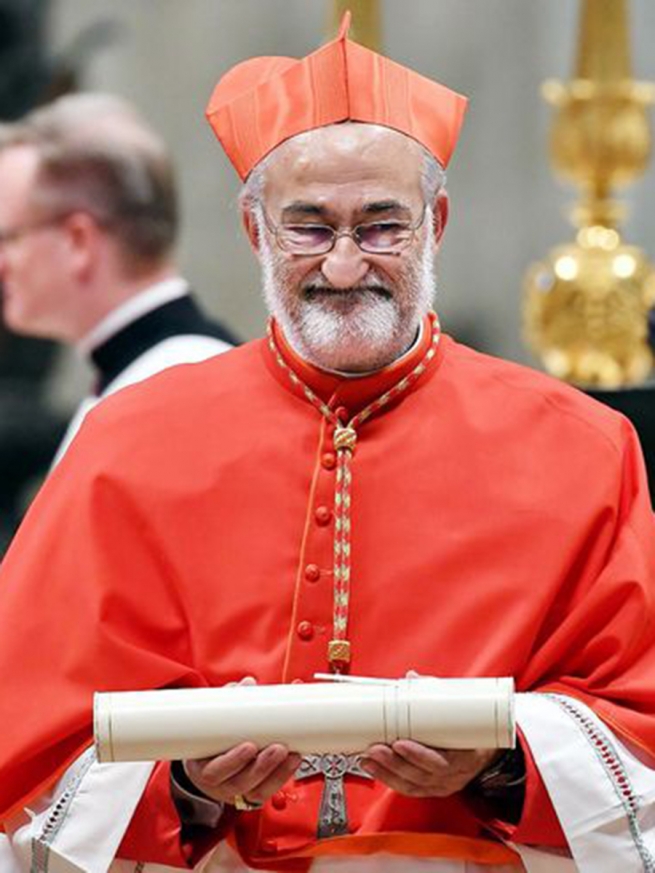 (ANS - Vatican City) - On 5 October Pope Francis created 13 new cardinals; among them, a Salesian bishop, missionary in essence, a son of Don Bosco who departed as an apostle in Paraguay, then was sent as a provincial in Bolivia. After Bolivia, he returned to serve as a provincial in his country of origin: Spain. While serving in Seville, he received the "missionary" assignment to serve as Pastor in Morocco. In all his interviews, he says he is proud to be Pastor of a country that has only 0.08% of Catholics. "The Catholic Church exists in Morocco!" he exclaims. "It is a living Church, young, full of grace and eager to bear witness."

Pope Francis, in his homily of the Ceremony of the Sixth Ordinary Public Consistory for the creation of new cardinals, said, "Compassion is a key word in the Gospel...It is forever written in the heart of God. Lord's compassion is not an occasional, sporadic attitude, but is constant, indeed, it seems to be the attitude of his heart, in which the mercy of God was incarnated." To the new cardinals: "Is this awareness alive in you? To have been and to be always preceded and accompanied by His mercy? This consciousness was the permanent state of the immaculate heart of the Virgin Mary, who praised God as 'her savior" who "looked upon the humility of His servant" (Lk 1:48).

Cardinal Cristóbal remains the same: simple, kind, close and above all a serene man as he knows that God is the one who guides his small diocese of Rabat. In fact, when asked "Why do you think the Pope elected you cardinal?" he replies: "I am convinced that it is not a decision that concerns me, but a great gesture of consideration by the Pope towards the Church of Morocco and the whole Maghreb. The Pope wanted to make visible these ecclesiastical realities that were almost invisible. And then, to promote interreligious dialogue, especially Islamic-Christian dialogue, and work on behalf of migrants."

This appointment to my person "is considered a sign of gratitude by the Pope to King Mohammed VI for three reasons: the reception he received during his visit last March; the practice and dissemination of a moderate, balanced and open Islam; the attention paid to those who are forced to emigrate," emphasized Cardinal Cristóbal.

The Ceremony of the Ordinary Public Consistory for the creation of new cardinals was attended by Fr Ángel Fernández Artime, Rector Major of the Salesians of Don Bosco, a group of Salesians from Spain, Italy, Paraguay, friends and family and Moroccan authorities including the Minister of the Interior and the Minister of Islam of Morocco, the ambassador of Morocco to the Holy See, Ms Rajae Naji El Mekkaoui, a delegation of the Ecumenical Church Committee and the Official Delegation of the Church of Morocco.

The Cardinal's desire is that "Faith should no longer be one of the causes of world tensions, but should become the solution to these problems. We are called to propagate the gazes of brotherhood. United among us, we must sow reconciliation and justice. In such a way that humanity becomes one big family."