South Africa - "If I could travel through time, I would change that part of my life": Zuko, from gang member to youth leader 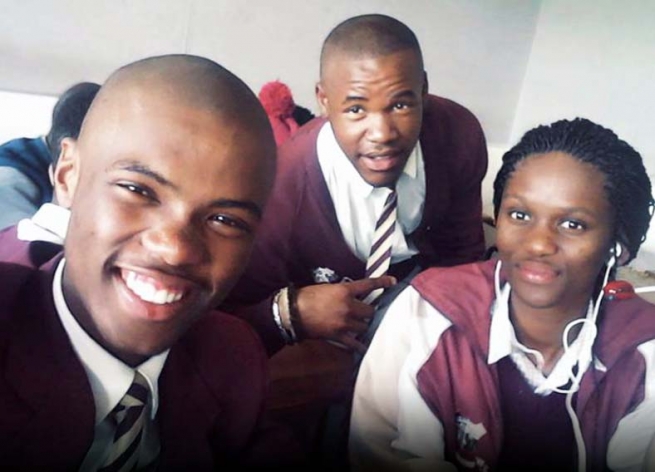 (ANS - Cape Town) - Zuko Mabene is a 19-year-old South African living in Cape Town. The loss of his mother, economic hardships at home and his subsequent ill-treatment by his stepmother led Zuko to seek refuge, for a short time, in the streets and become a member of a gang. He thought he would be more respected that way, but he wasn't meant to hurt anyone and suffered when he did have to take part in fights. Fortunately, he soon understood what he was doing and now, thanks to the Salesian "Life Choice" program, he has become a youth leader and a model for others.

At the age of two, he was too young to remember his mother's death, but he feels the lack of affection due to her absence. Then his father's new marriage meant ill-treatment for him and his brother. Both spent more time in the streets than at home.

At the age of 13, Zuko was fascinated by gangs fighting in the streets on a daily basis. "Everyone was afraid of them and it was normal to even see stabbings. It would be the way everyone recognized me," he recalls.

Zuko never had the soul of a hooligan or violent person, but it was time to show the rest of the group that he too was a "big gangster". In a fight he stabbed another young man. "I felt weird, I saw everything in slow motion. I had blood on my hands and when I got home I prayed he wouldn't die."

But the episode that changed his life was when, in another fight, his great friend Shipo was struck down. Zuko hesitated between helping Shipo or saving his own life and he chose the latter. He later learned that his friend had been beaten to death. The young man felt guilty and isolated from the rest of the gang for abandoning him in the fight. It was not difficult to choose to leave that world of violence.

"If I could travel through time, I'd change that part of my life. I can't remember any good and that's why I now dedicate myself to advising and helping young people, but also adults, to be more attentive to their children. We need the wisdom of adults not to lose hope and find answers to our youth problems," says Zuko, who today has become a youth leader and a reference model thanks to Don Bosco's charism and the opportunity that the "Life Choice " has given him.