Argentina - "Zatti, our brother": the testimony of a Salesian Brother on the big screen 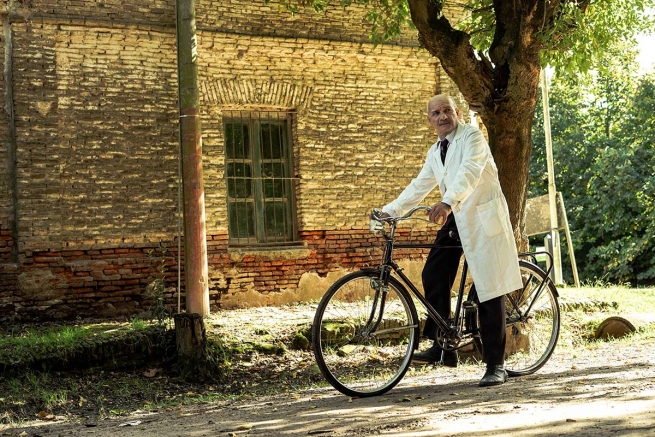 (ANS - Córdoba) - The Salesian Coadjutor Brother Artemide Zatti, beatified in 2002, has his film. Salesian Argentina is in fact working on post-production to give birth to one of the first film productions.

The idea of ​​producing a film emerged within the context of the "2nd Seminar on the Causes of Canonization of the members of the Salesian Family", held in Rome in April 2018. At that appointment, Salesians Pedro Narambuena and Ricardo Cámpoli participated as delegates of Argentina and, before the news that an alleged miracle of the blessed Zatti was being studied, they thought about the possibility of making a short film to spread the knowledge of this prominent figure.

The Rector Major of the Salesians, Fr Ángel Fernández Artime, who became aware of the initiative, encouraged its production, with the contribution of the "Misiones Salesianas" of Spain, which collected most of the necessary funds.

In 2018, Fr Cámpoli, Delegate for Social Communication of Northern Argentina (ARN) and recently graduated in Film and Audiovisual Production, gave shape to the script. In June it was proposed to the Argentine Salesian Bulletin to participate as a producer, making the short film a production of "Don Bosco Argentina", and associating the two Salesian Provinces of the North and South of the Country in the project, thus giving a significant contribution of people and means. The title chosen: “Zatti, hermano nuestro - Zatti, our brother).”

The following months were dedicated to pre-production, with the casting and selection of 25 actors and the choice of directions for photography, sound and art. Mercedes Baxzos, ARS Delegate for Social Communication, wrote to Juan José Campanella, director, winner of the Oscar for the film "El secreto de sus ojos - Secret in their eyes", who exchanged opinions with Fr Cámpoli and provided valuable suggestions.

On March 25, shooting began, lasting 8 days, and with the presence of about 50 people, including committed laymen, Salesians and professionals from the entertainment world, especially from the theater. Filming was completed on Friday 5 April. Juan José Chiappetti, Executive Director of the Salesian Bulletin, Fr Fernando Canigia, SB Director, and Matías Audisio, Santiago Valdemoros, Exequiel Herrero, Matías Imaz and Santiago Viskatis, were happy and satisfied with their participation in the work. Special mention also for the dedication and work offered by Natalia Wasinski, Nahuel Medina, Gabriel Osorio, SDB, and Richard Godoy, SDB.