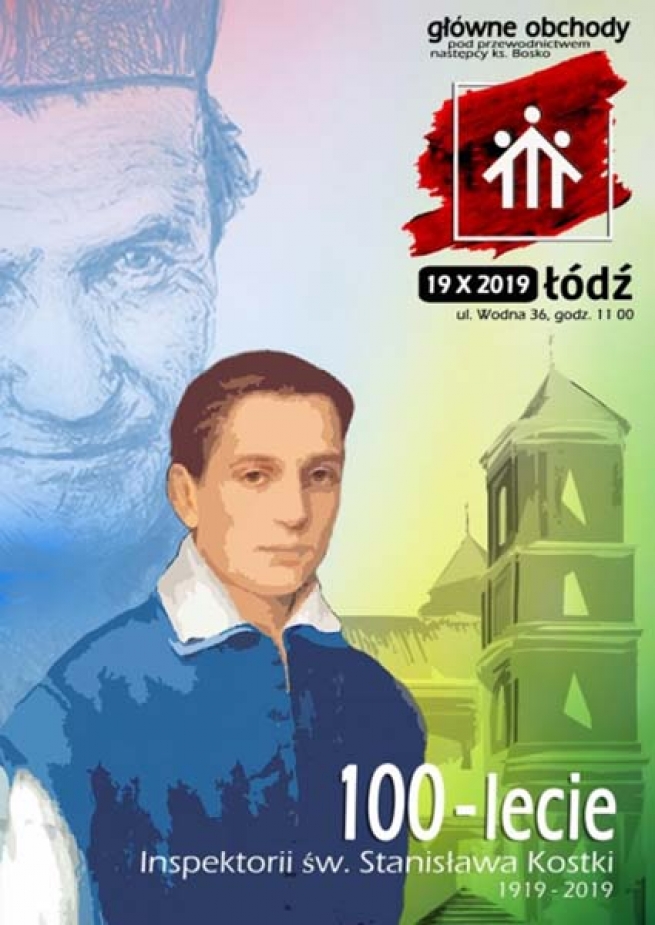 (ANS - Rome) - 100 years of activity always constitute an anniversary worthy of being celebrated on a large scale: and what could be better than inviting the Rector Major, the "Don Bosco of today", to celebrate the centenary of a Province? It is precisely for this reason that from today, October 18, and until Sunday the 20th, Fr Ángel Fernández Artime is on an Animation Visit to Warsaw to pay tribute to the service rendered by his Polish confreres in the Province dedicated to “St. Stanislao Kostka ”(PLE) over the past 100 years.

The X Successor of Don Bosco landed mid-morning at the "Fryderyk Chopin" airport in the Polish capital, accompanied by his Secretary, Fr Horacio López, and the Councilor for Central and Northern Europe, Fr Tadeusz Rozmus.

During the day, several important official meetings have been scheduled: first with the Apostolic Nuncio in Poland, Msgr. Salvatore Pennacchio; then continuing with the President of the Polish Republic, Andrzej Duda; and finally ending with the Archbishop of Warsaw, Cardinal Kazimierz Nycz, several Polish bishops and prelates and the Superiors of the four Salesian Provinces of Poland.

Tomorrow, Saturday 19, will be a day dedicated, instead, to more informal appointments: in the morning, at Łódź, the Rector Major will animate the Feast with young people and the Salesian Family, followed by a solemn Eucharist; after the festive lunch, he will give interviews to the national media and, on his return to Warsaw, he will spend the late afternoon and evening with his confreres.

His return flight to Rome is scheduled for the morning of Sunday 20.

The “St Stanislaus Kostka” Province, based in Warsaw, founded in 1919, currently has 277 Salesians - with 235 priests, 11 coadjutors, 5 deacons and 16 clerics - as well as 3 novices. As for their presence in the territory, there are 28 religious houses, 30 parishes, 7 schools and 22 oratories.