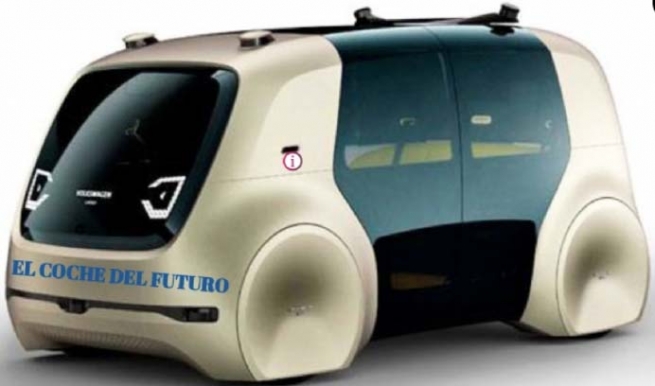 (ANS - Ciudad Real) - "Simo Educación", an international exhibition of educational technology and innovation, selected ten of the most innovative training experiences presented in different categories. Among these, one made at the Salesian Institute in Ciudad Real: the "El coche del Futuro" project (The car of the future).

The Salesians arrived in Ciudad Real over 50 years ago. In 1962, they started the school-reception center "Sto. Tomás de Villanueva", a presence that focussed on poor and orphaned youth. Over time, they expanded their educational and social offer through primary and vocational training courses, and mechanics, carpentry and printing workshops. Later, they took over the school that today is called "Salesianos - Hermano Garate", which recently developed the project "The car of the future".

This is a project carried out by the primary school teacher Carlos García Turrillo, who involved children of the sixth year in an innovative learning path. His proposal was considered by the people in charge of the "Simo Educación" fair to be one of the ten most innovative training experiences presented, and was awarded the 2019 Educational Innovation Award in the "Best Innovative Experience - Nursery and Primary School" category.

The "El coche del futuro" project involved the students through cooperative learning and gamification processes of the notions involved, as well as offering them fundamental elements of electronics and robotics. The objective was the construction of a scale-model car, fostering a methodology of working in groups and using renewable energies. The project was developed in three phases and the concepts of geometry, natural sciences, languages ​​and robotics were elaborated and developed.

As a novelty in this 2019 edition of "Simo Educación", two of the 10 projects already selected will have the chance to win a further award: the "InnoTechEdu Award", and the "Award for Best Innovative Experience in Teaching", the absolute top prize, of 2019, which will go to the project that will have obtained the highest overall score by the jury. Both prizes will be announced Wednesday 6 November in Madrid during the celebration of the fair as part of the "InnoTechEdu Party & Prizes" evening on the theme: "We love our teachers!"