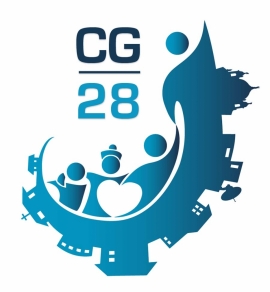 (ANS - Rome) - The Precapitular Commissions of the 28th General Chapter (GC28) of the Congregation, respectively on the theme of the Chapter and the one on juridical aspects, have completed the drafting phase of the "Work Tool" of the GC28. The document was prepared by the members of the Commissions during the two meetings held at the Salesian Headquarters in Rome last month (from 9 to 20 and from 23 to 30 September). It is currently being circulated to all the Provinces.

As part of the meetings, the pre-capitular Commission on the theme of the Chapter carefully analyzed the contributions received from the various Provinces, from groups or individual confreres as well as the ideas offered by the young.

Similarly, the pre-capitular Commission on the juridical aspects gathered both the observations on which the different Provincial Chapters were called to express themselves, and the contributions from the Rector Major and his Council.

The fruit of the work of these Commissions is the present "Work Tool", drawn up with the specific purpose of being the basis for the discernment that will have as subject the 243 Capitulars who, from February 16th to April 4th 2020, shall meet again at Turin-Valdocco to discuss together the question: "Which Salesians for young people today?"

At this time, the General Chapter, as the supreme authority of the whole Congregation, will bring to completion the discernment through the approval of a final Document, which will be the fruit of the Chapter.

While the latter presents the different challenges for the life of the Congregation and the juridical solutions that can be adopted to deal with them, at the level of modifications of individual articles of the Constitutions and other fundamental texts of the Congregation, the text on the theme of the Chapter is structured in three parts that recall the articulation of the process of discernment indicated by the Apostolic Exhortation of Pope Francis Evangelii Gaudium (recognizing, interpreting, choosing), each applied to the three thematic nuclei that give articulation to the general theme.

Aware that the process of discernment cannot proceed without the guidance of God, the members of the Commissions, led by Fr Stefano Vanoli, Regulator of the GC28, state in the introduction to the Work Tool: "In this epochal change, the Holy Spirit is moving the Church towards a new youth ... As it has guided the synodal experience, we are certain that the Lord Jesus will also guide the journey of the Congregation towards the new horizons of the mission."