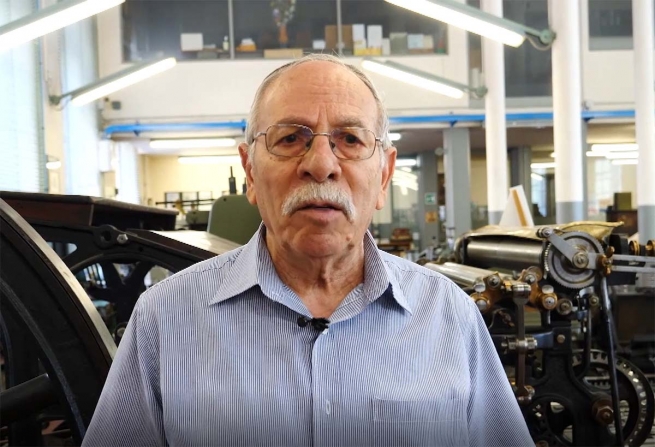 (ANS - Rome) – The Salesian printing press was built by Don Bosco in 1883. He had it opened to have his editions printed, which were generally printed outside Turin, but also to give the boys a job. To tell us about the Salesian typography of Valdocco is its manager, Br Luigi Bacchin, who talks about it under the project "Interviews with the eyes of ...".

Exactly 108 days after the beginning of the 28th General Chapter, Br Bacchin tells us the history and evolution of the press, from the early years when books were printed with the use of movable type to the advent of new technologies.

The typography was finally closed in 2012, the day after the celebrations for the foundation's 150th anniversary. In 2013, however, the superiors decided to keep the site open and to exhibit the ancient machines, so as to recreate the environment of the typography, as it was in Don Bosco's time.

Like every week, the "Interview with the eyes of ..." video is available on the various ANSChannel channels.