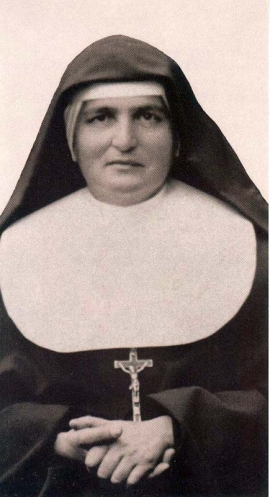 (ANS - Rome) – 5 November 2019 marks the 25th anniversary of the Beatification of Mother Maddalena Morano, Daughter of Mary Help of Christians, raised to the honors of the altars in Catania by Pope John Paul II, today a saint. In the Beatification Mass, the Polish pontiff recalled how Morano illustrated the path to holiness: “We climb the high mountain of perfection with constant mortification. Even the tall houses are made of small stones superimposed on each other.”

Born in Chieri, near Turin, on 15 November 1847, from a young age Maddalena Morano began her pedagogical formation to which she dedicated her entire life. Rich in teaching and catechetical experience, around the age of thirty, encouraged by Don Bosco, she crowns a desire for consecration that dates back to her First Communion. In 1879 she is a Daughter of Mary Help of Christians and asks the Lord for the grace "to remain alive until I have completed the measure of holiness."

Destined for Sicily in 1881, she began fruitful educational work among the young women of the working classes, deploying an intense and fruitful spiritual and educational activity, with her marked pedagogical talent and love for God and neighbor. By constantly turning "a gaze upon the earth and ten at Heaven", she opens schools, oratories, boarding schools, workshops in every part of the island.

Appointed Provincial Superior, she also assumes the formative role for the many new vocations, attracted by her zeal and the community atmosphere that is created around her. Her multiple apostolate is appreciated and encouraged by the bishops, whom entrust her with the work of catechisms. Animated by profound charity and desire for holiness, she traveled the roads of Sicily for many years, supported by the teachings and examples of Don Bosco and Mother Domenica Mazzarello.

Afflicted by a tumor, on 26 March 1908, she closes in Catania a life of full coherence, always lived with the intention of "never hindering the action of Grace with yieldings to personal egoism."

Her exhortations enlighten, comfort, encourage: "Think of how Jesus would have thought. Pray as Jesus would have prayed. Act as Jesus would have acted." Thus Mother Maddalena used to say and so she lived, repeating to herself: "Ask for the grace to bring your cross in peace every day." The urn with her mortal remains is kept in the shrine of Mary Help of Christians of Alì Terme, not far from Messina.